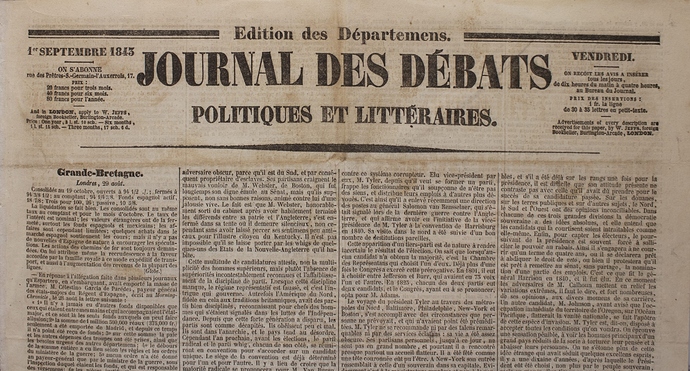 The Journal Des Débats was an influential French newspaper that was published between 1789 and 1944. The following advertisements by Maison Lefaucheux were in various issues.

But from December 17, 1835 until January 1, 1845 Maison Lefaucheux was owned by Camille Auguste Jubé who bought the business from Lefaucheux and then later sold it back to him. The ad mentions that House Lefaucheux (owned by Jubé) sells rifles based on the Lefaucheux system and ones that use the ordinary percussion system. He also mentioned that the company won medals at the French Industrial Exposition of 1834 and 1839 exposition.

This next advertisement is from the August 15, 1842 issue of the Journal Des Débats. Here Jubé advertises an improvement. He mentions to hunters that they no longer need to worry about running out of pinfire cartridges as he will provide a new invention of a reusable cartridge that can be loaded with percussion caps free with every gun purchase. This was likely a cartridge similar to the following: 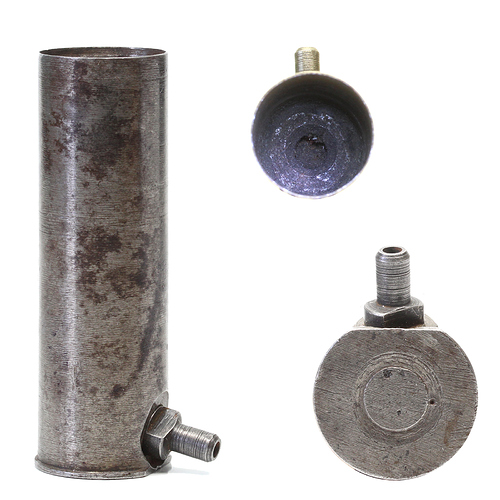 The ad also mentions that they carry a complete assortment of breech-loading, pinfire firearms and ordinary percussion firearms. 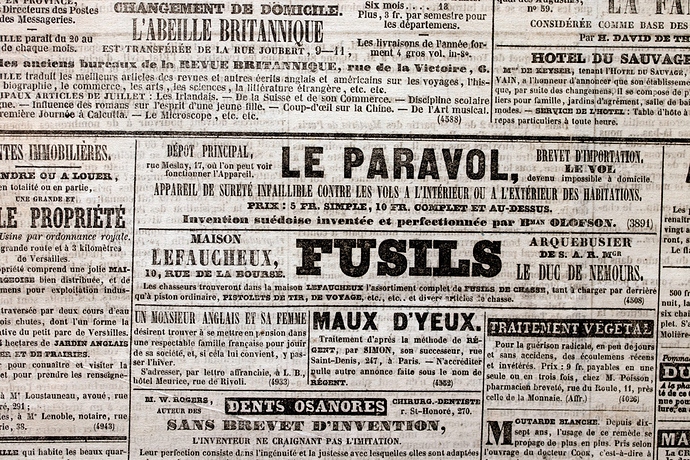 I have two different copies of this ad from different issues. But they both likely date to around the same time. The top one is from the September 1, 1843 issue. The front page of this issue is shown at the top of the article as well. This ad mentions again that hunters will find all kinds of breech-loading pinfire guns as well as ordinary percussion firearms. It also mentions that they carry lots of hunting accessories.

Another interesting point of this ad is that he now advertises that he is the armorer to His Royal Highness The Duke of Nemours. This is a title Lefaucheux would continue to carry once he repurchased his company.

This is a very interesting advertisement. It is from the October 3, 1848 issue of the Journal Des Débats. At this time Casimir Lefaucheux again owns the company. The ad lists his superior cartridges and his brand new pepperbox revolvers as shown below. Lefaucheux sold these in 4, 5 and 6 barrel versions. He also made and sold Flobert-style salon pistols as well and mentions them in this ad. 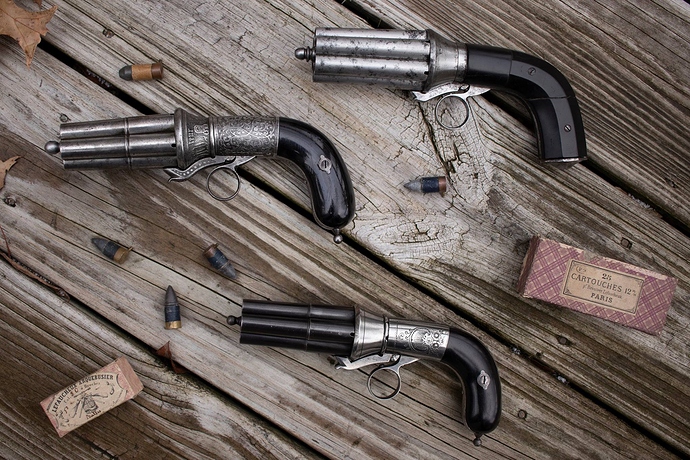 The next section of the ad mentions that they have special permission to hunt deer, pheasants, partridges, hares and rabbits the following two years at Marly Park. Marly Park was an area near Versailles that was a private retreat for Louis XIV of France that he used for his royal hunts. It was later sold and then repurchased by the state under Napoleon. The ad says to contact Lefaucheux’s employee, Mr. BABIN-BOR-RET for more information.

Maybe having permission to hunt here was a special perk of being the armorer to royalty! 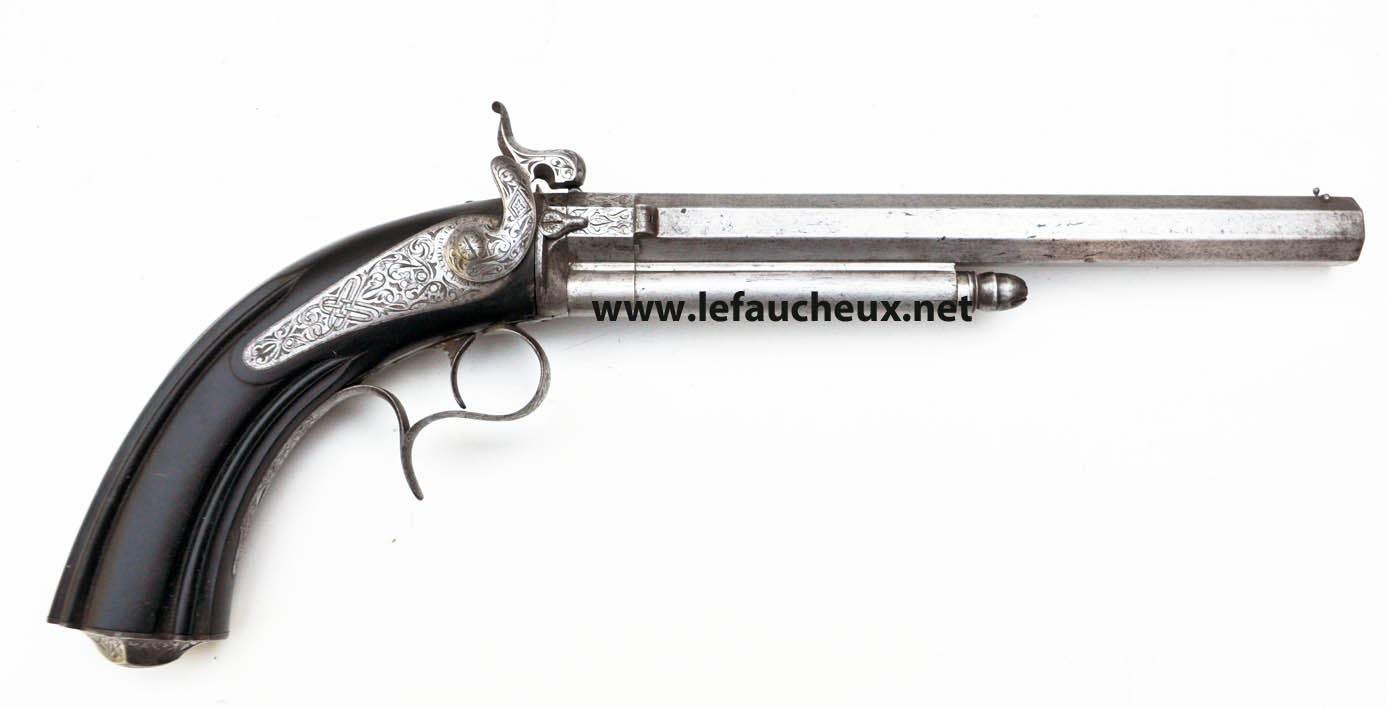 Here are some from GAZETTE DES TRIBUNAUX