I have been in India for the past week and had to find some kind of pinfire something while here! I visited the Salar Jung Museum in Hyderabad, India, which is the largest single-man collection in the world.

He had a pinfire in amongst some other firearms. 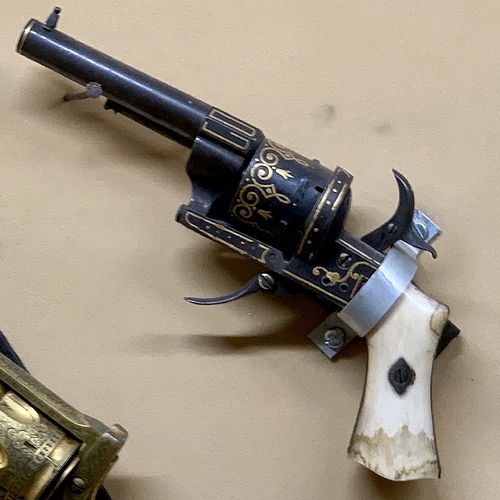 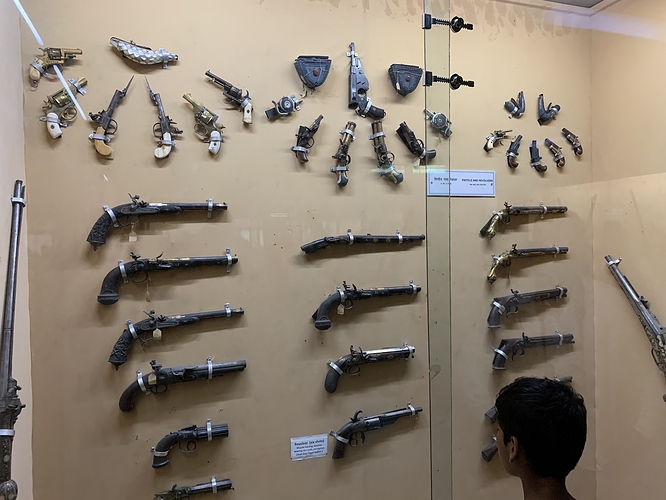 It was on the other side of the gun! And there were armed guards around the museum.

Interesting the extra word he added in there. I didn’t press it further though.

so the LF number is on the right side, that means that it is lower than LF 9018 (the first with the number on its left) and had been made before mid-1864.

Here is the museum record of it:

Arms and Armour, Museums of India : The National Portal and Digital Repository for Indian Museums. 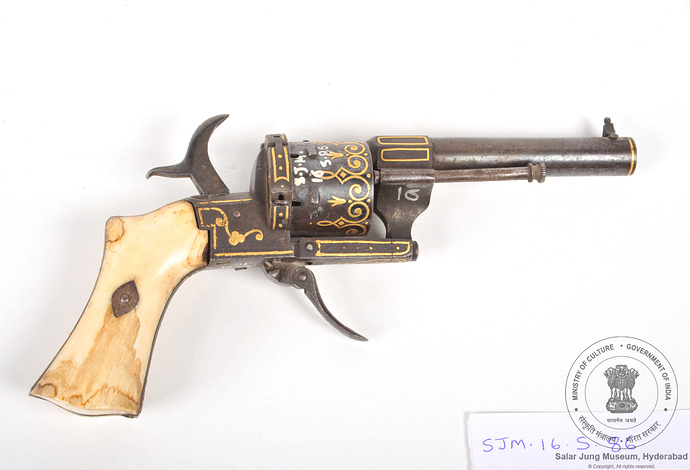 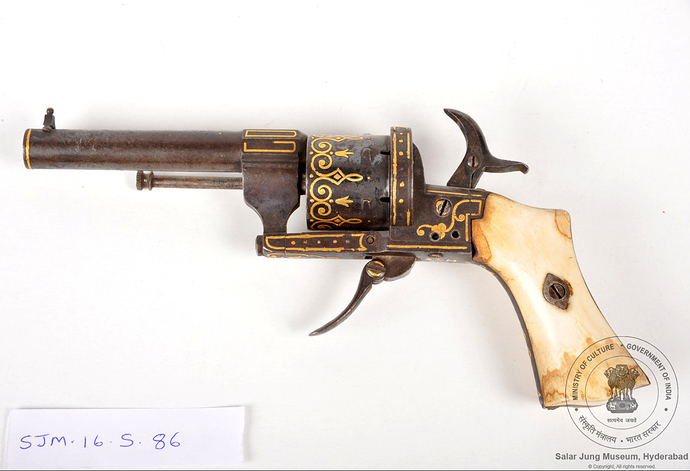 The LF number is neither on the left side, but it’s undeniably a 7 mm triple action revolver made by Lefaucheux, but marketed by Devisme