A little wallet with a Casimir Lefaucheux pistol. 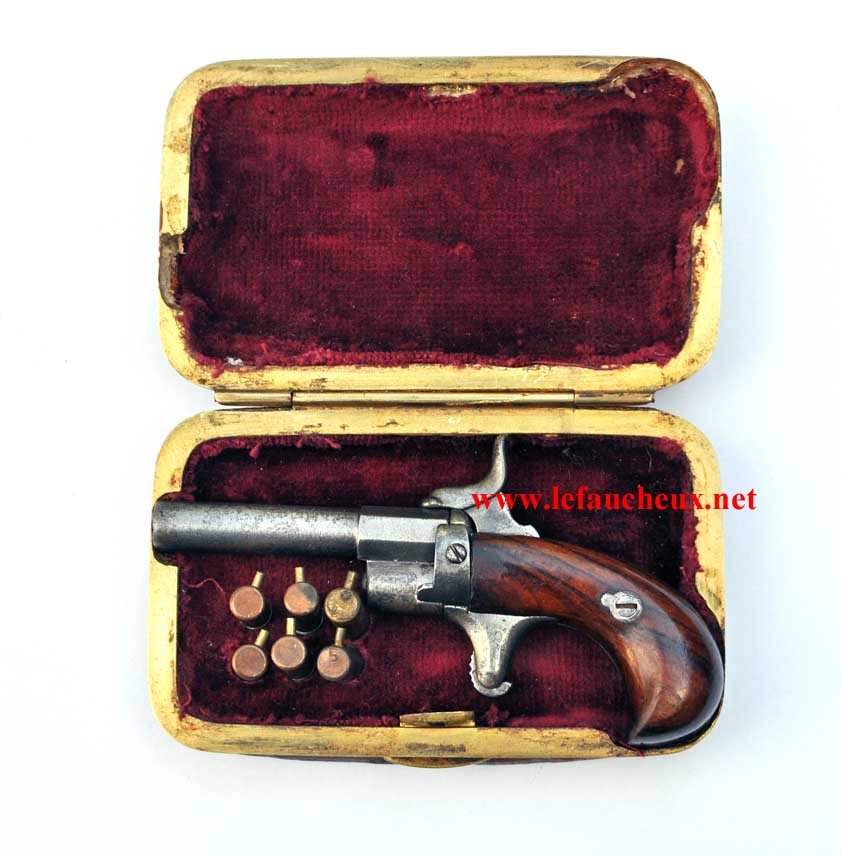 1 copie841×856 62.7 KB
After having sold his business, at 10 rue de la Bourse, to Camille Jubé de la Perelle on December 17th, 1835, Casimir Lefaucheux returned to Paris and to the arquebuserie in 1845 to buy his business back from Camille Jubé; He then interested him self in pistols and pepperboxes as well as in central percussion firing, by filing the patent n ° 1371 on May 2nd, 1845. 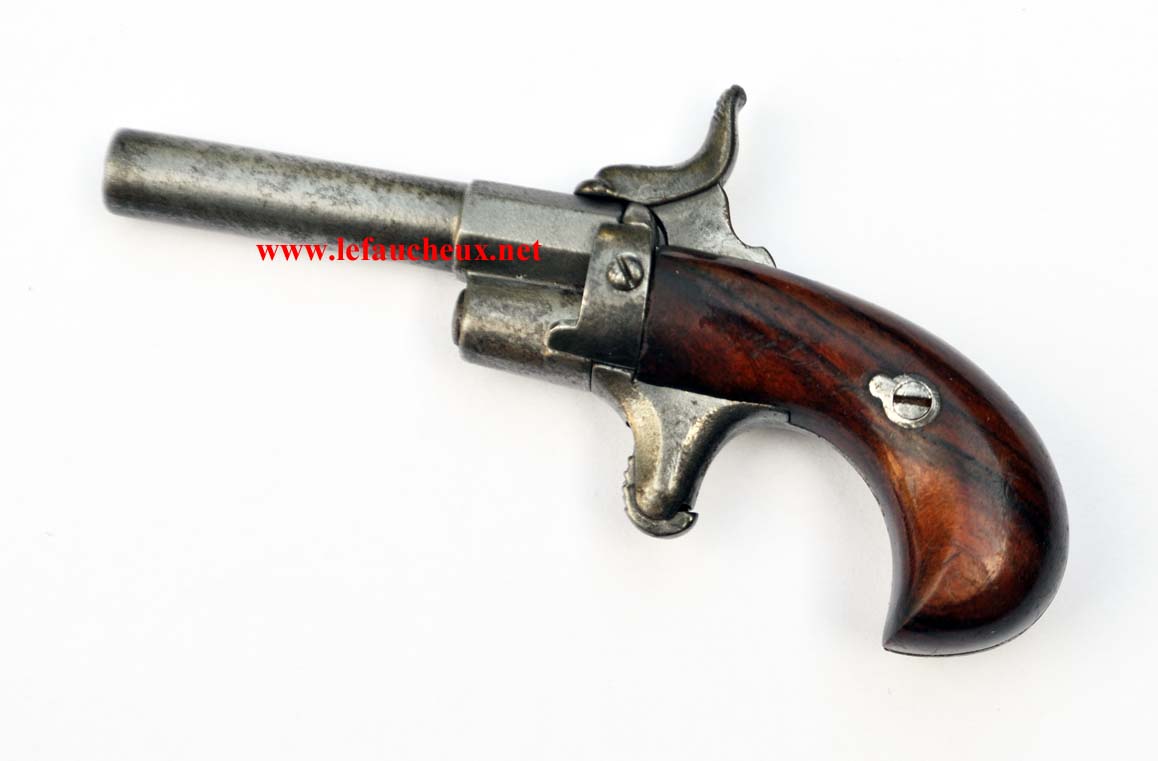 This choice testifies to the very innovative and less busy character of Casimir. Center percussion is in its beginning. As for short weapons, an ordinance of February 23rd, 1837 renewed the law of 1784 on the prohibition of pocket pistols (size less than 298 mm).
On May 2nd, 1845, he filled the patent No. 1371. The drawing shows a breech-loading pistol. 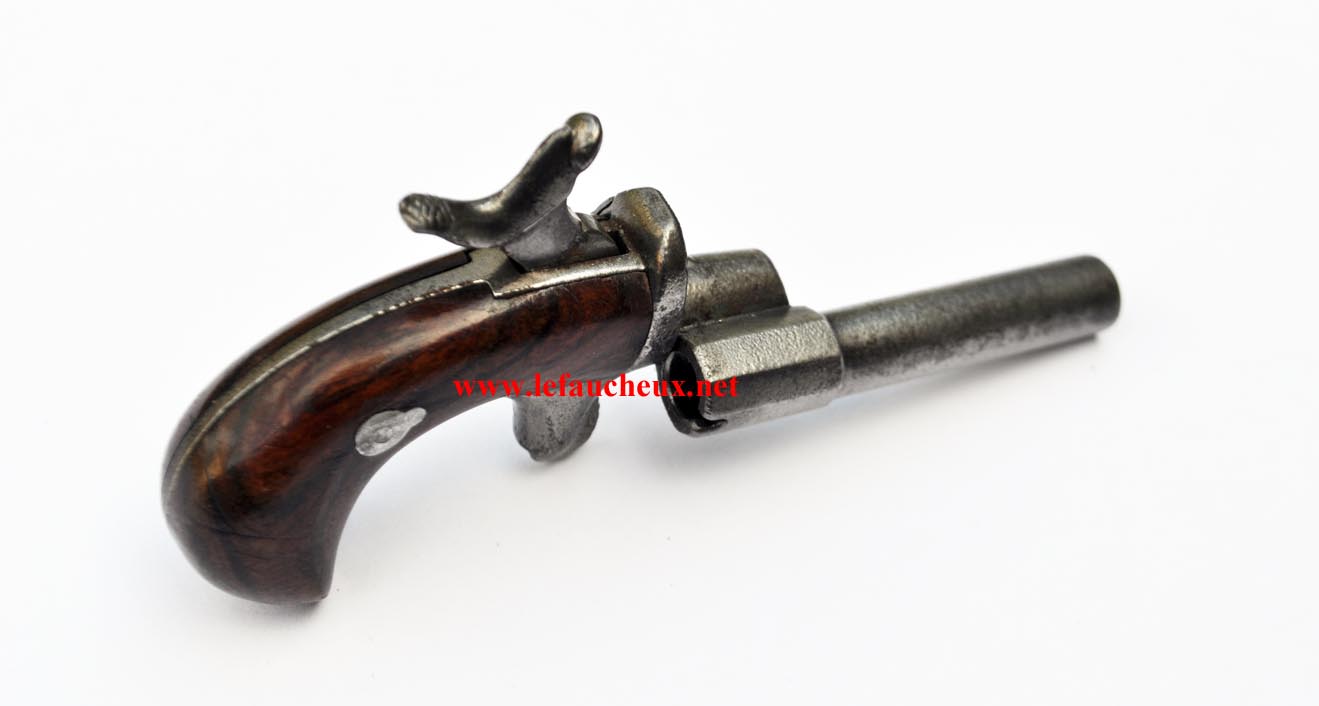 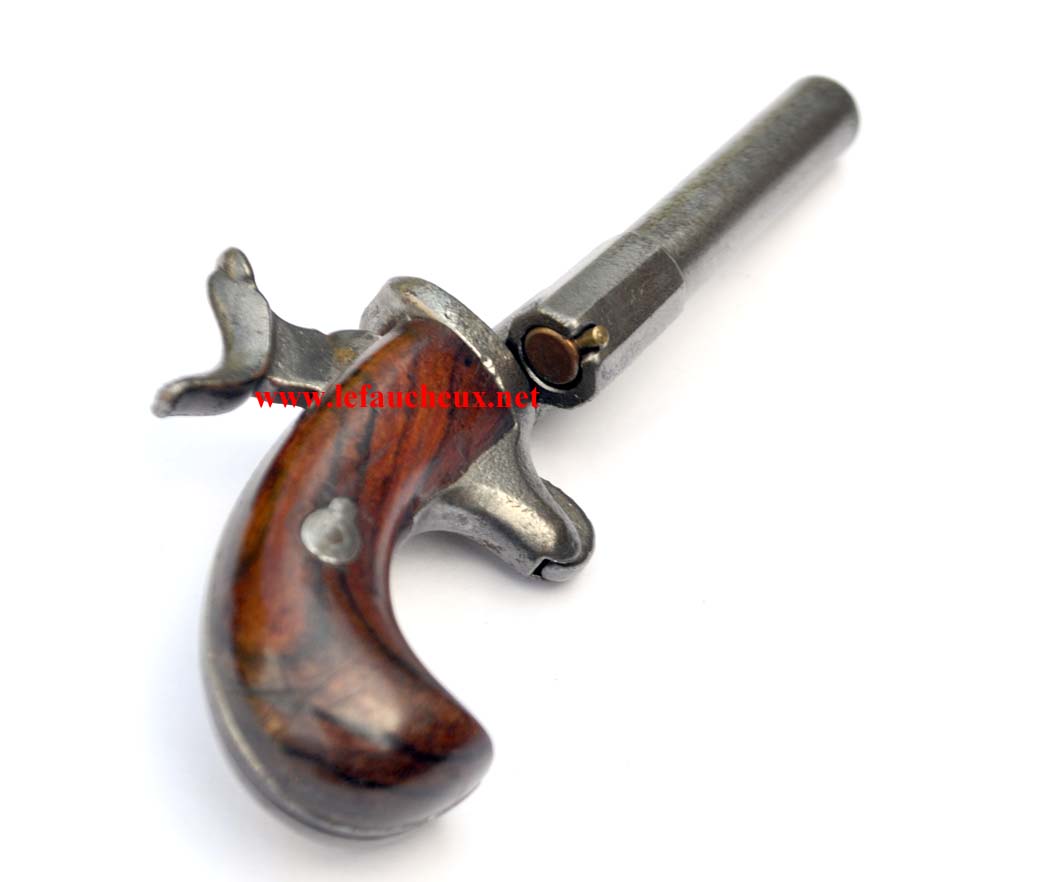 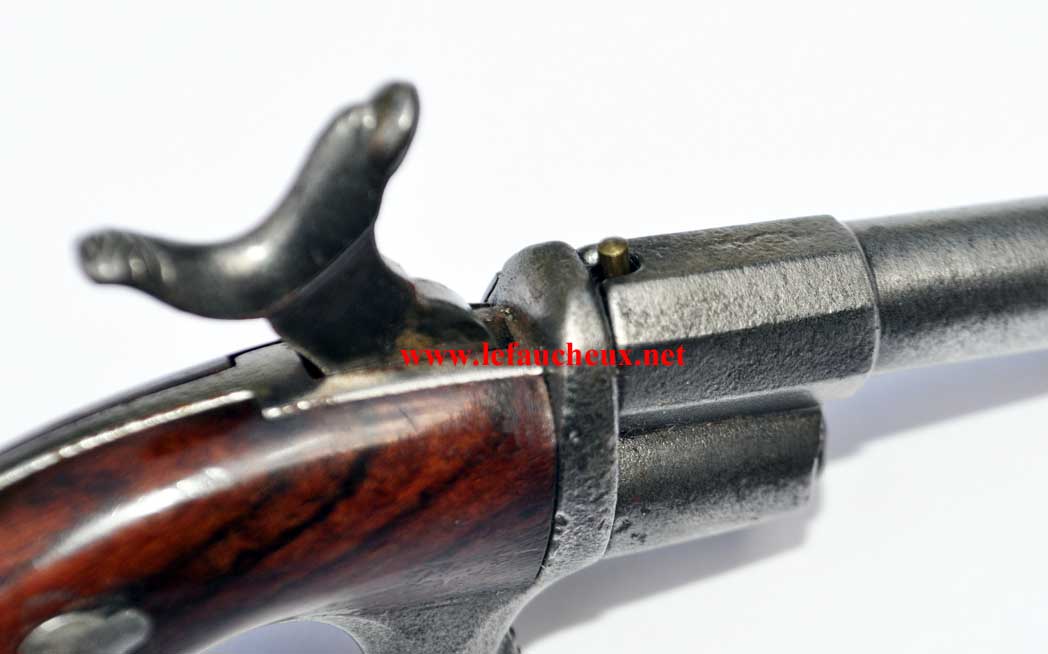 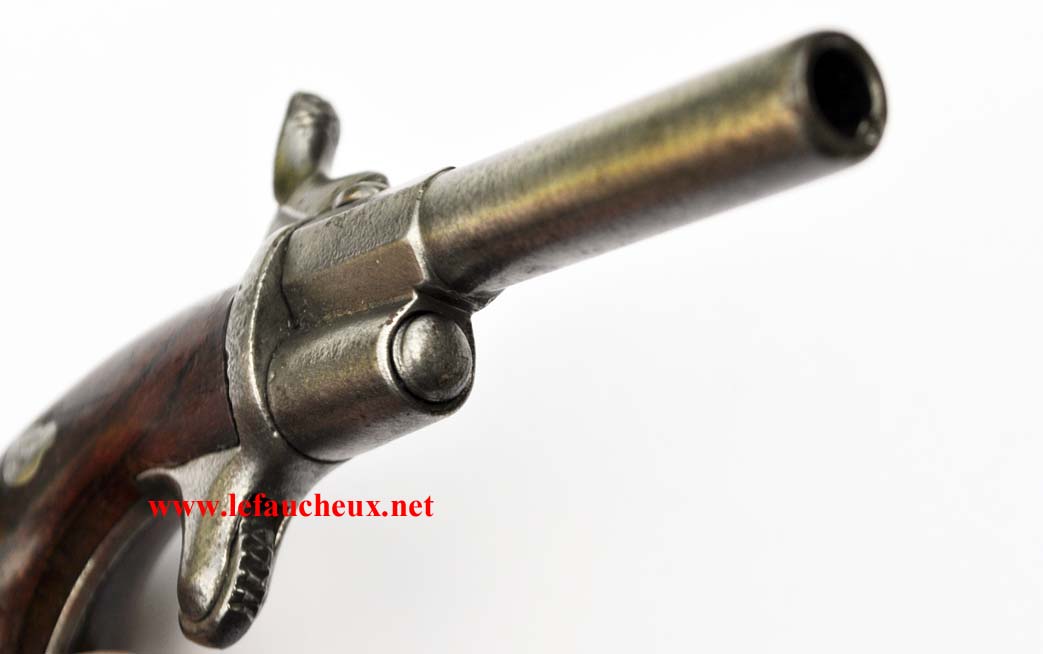 To load, it suffices to rotate the barrel laterally on a lower axis and parallel to the latter, fixed to the frame. The principle is simple, the manufacture easy, the use reliable.

At the end of its fifteen-year privilege, this patent seems to have been exploited for many years. There are indeed many pistols of this type, unstamped, in caliber 5 to 15 mm. The most common are in 5 mm presented in its leather “wallet” case. The one presented here has neither proofmark nor signature, apart from number 4 under the butt plates. 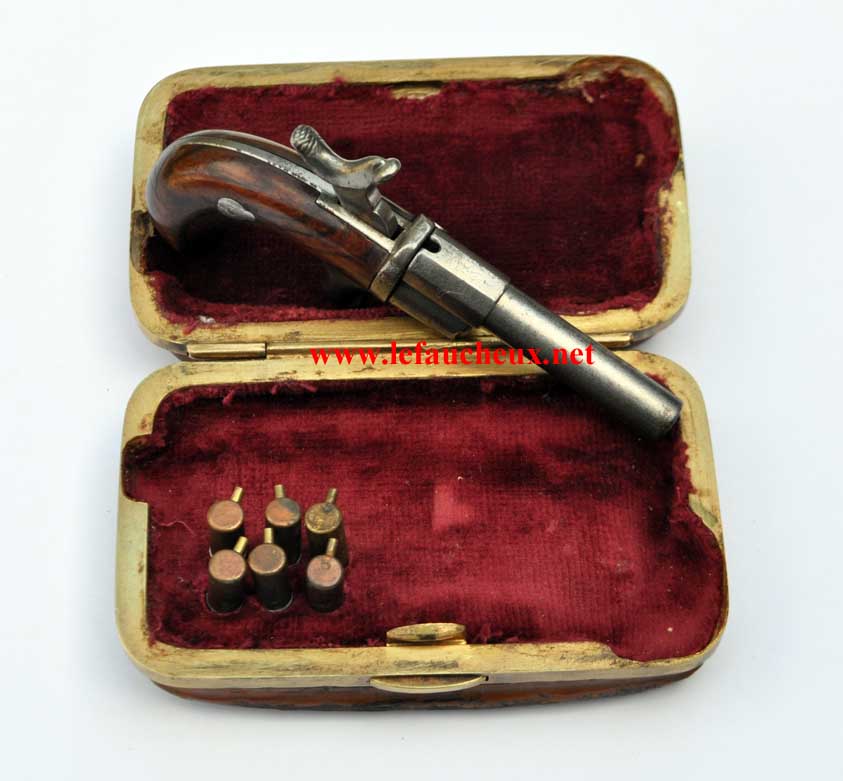 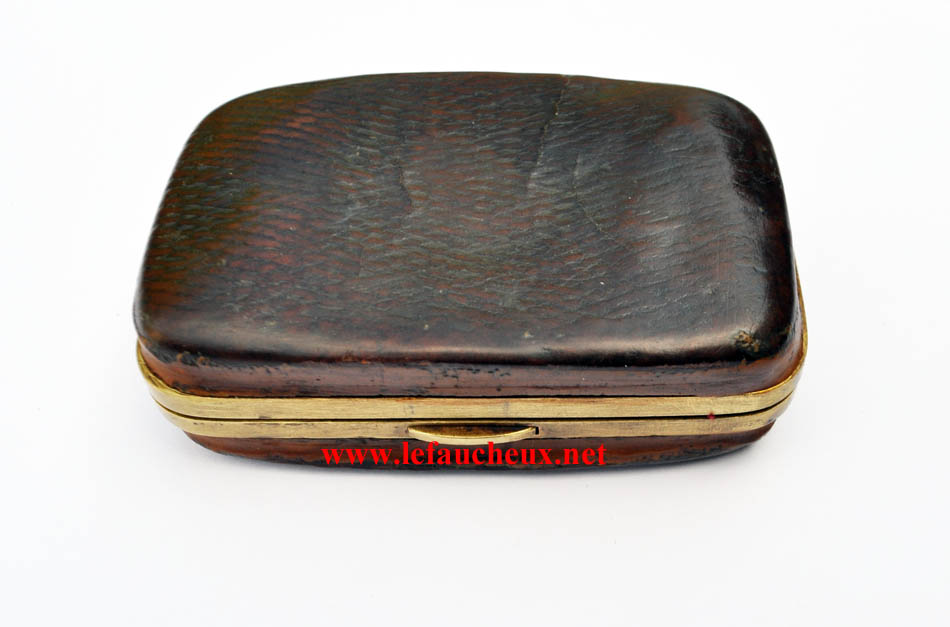 What a nice piece! The design of the action looks like the Moore’s single shot deringer of 1860. I’m sure the professionals in the field looked at each others’ designs even then. Without tv and internet these innovations may have taken a bit longer to become known on the other side of the Atlantic, though.