Eugène Lefaucheux files the patent his Triple Action mechanism on September 27th, 1862 using a 7 mm revolver as a base.
Very quickly, the principle of Triple Action was adapted to a 12 mm and subsequently, to the 9 mm.
Here we have to do with a 12 mm in triple action, the LF 13776.
Very sober revolver, black bronzed, with black ebony plates, engraved with ferns on the barrel, carcass and barrel.
The LF number indicates a late manufacture probably around mid-1868. 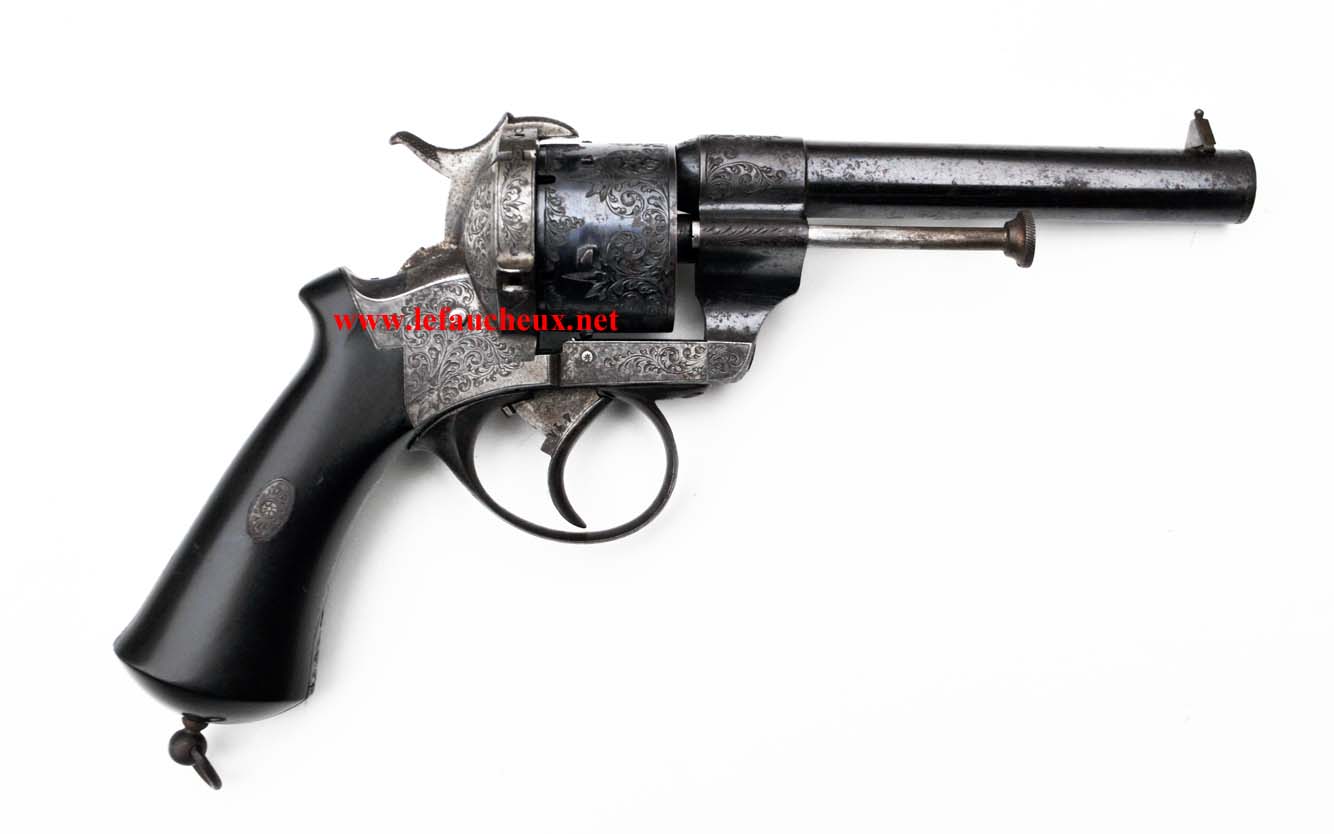 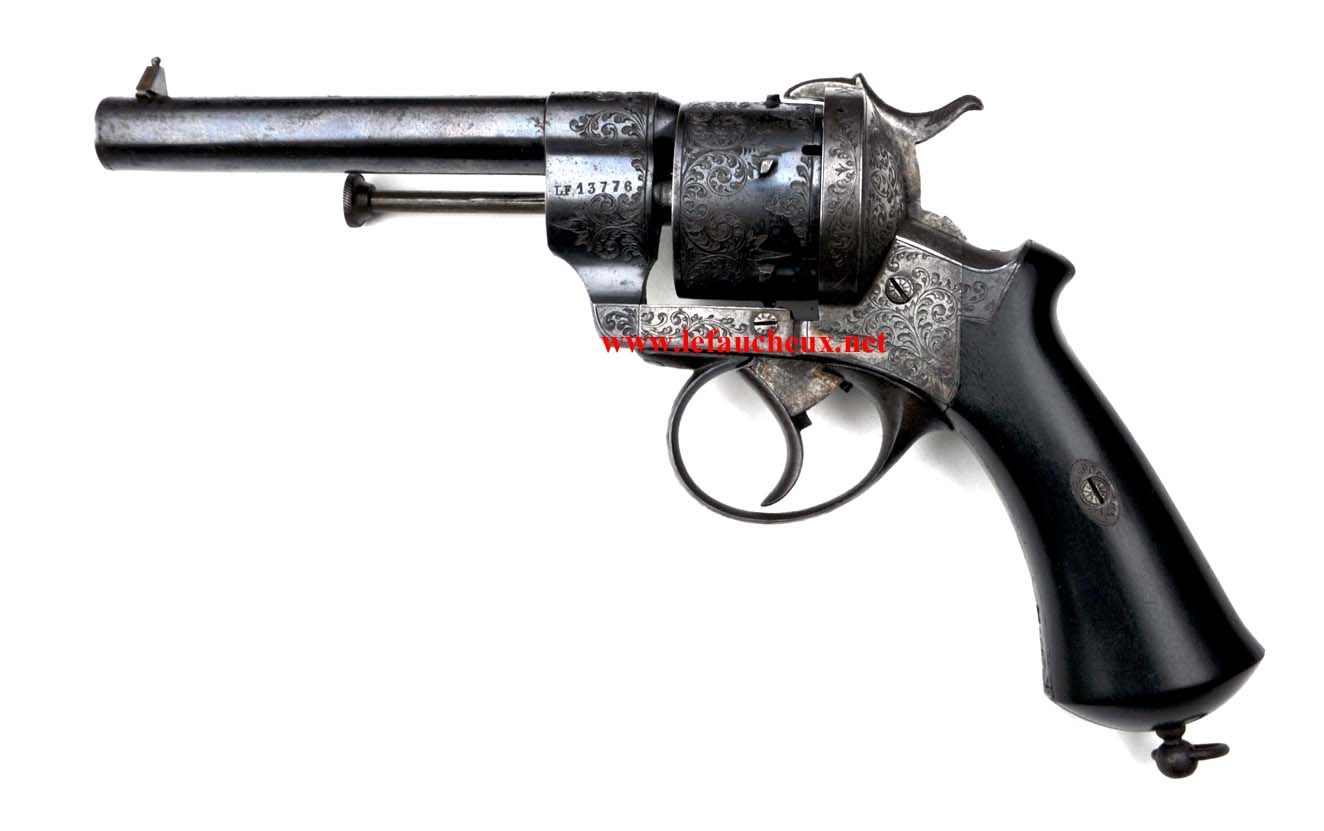 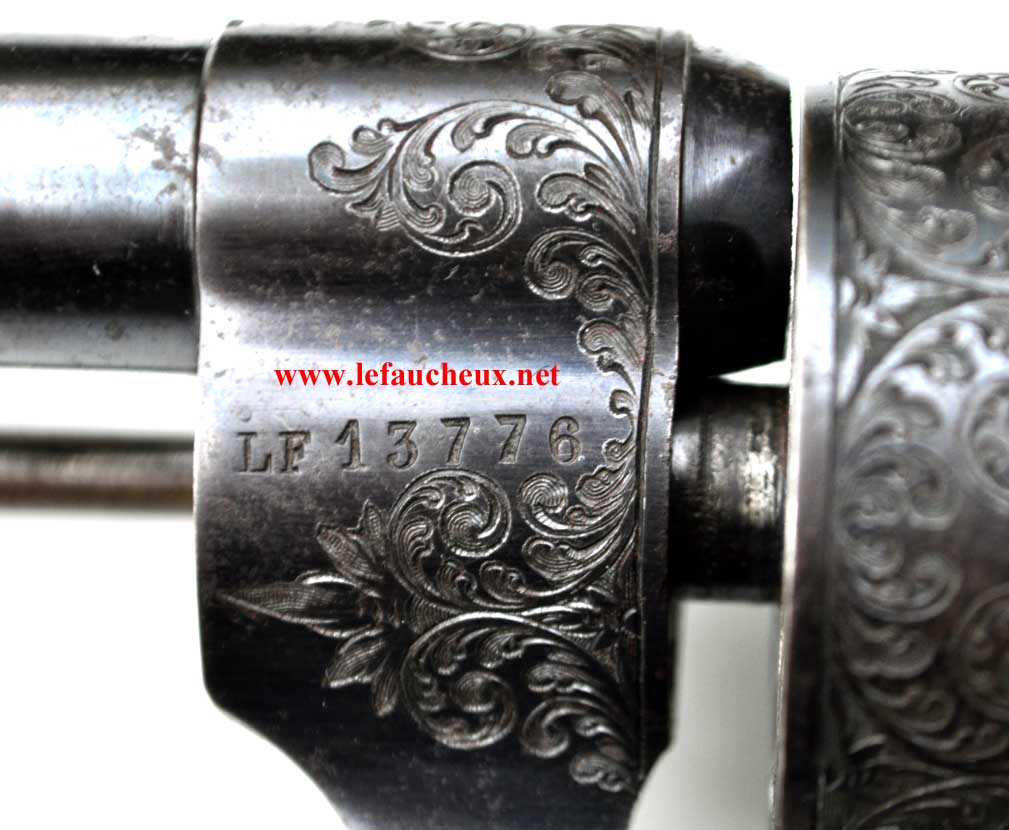 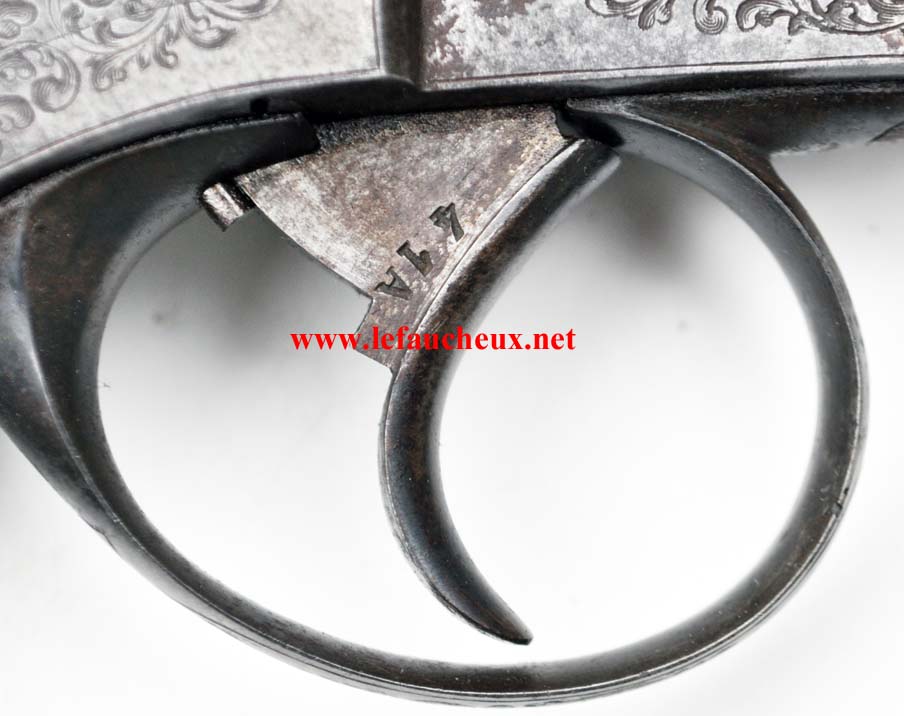 A very handsome revolver. I have no. 2781 which is very plain. The “triple action” part is an odd mechanism in my opinion. Cocking the hammer using the trigger seems counter-intuitive and the danger of pulling the trigger too hard and therefore releasing the hammer prematurely is pretty high. It is similar to Eben Starr’s double action mechanism of 1858, which did not get a lot of favourable reviews (he went back to a single action design). I wonder how well the Lefaucheux Triple Action was received by his customers.

Thank you for the images. One day I would like to own an LF triple action so I can examine it.