Joseph Robert is contemporary to Casimir Lefaucheux.
Arquebusiers in Paris (1829-1840) at, 17 rue du Faubourg Montmartre and whose workshops are located at 3 bis rue du Coq-Héron.
In April 1831, he filed a patent for the manufacture of a breech-loading rifle. 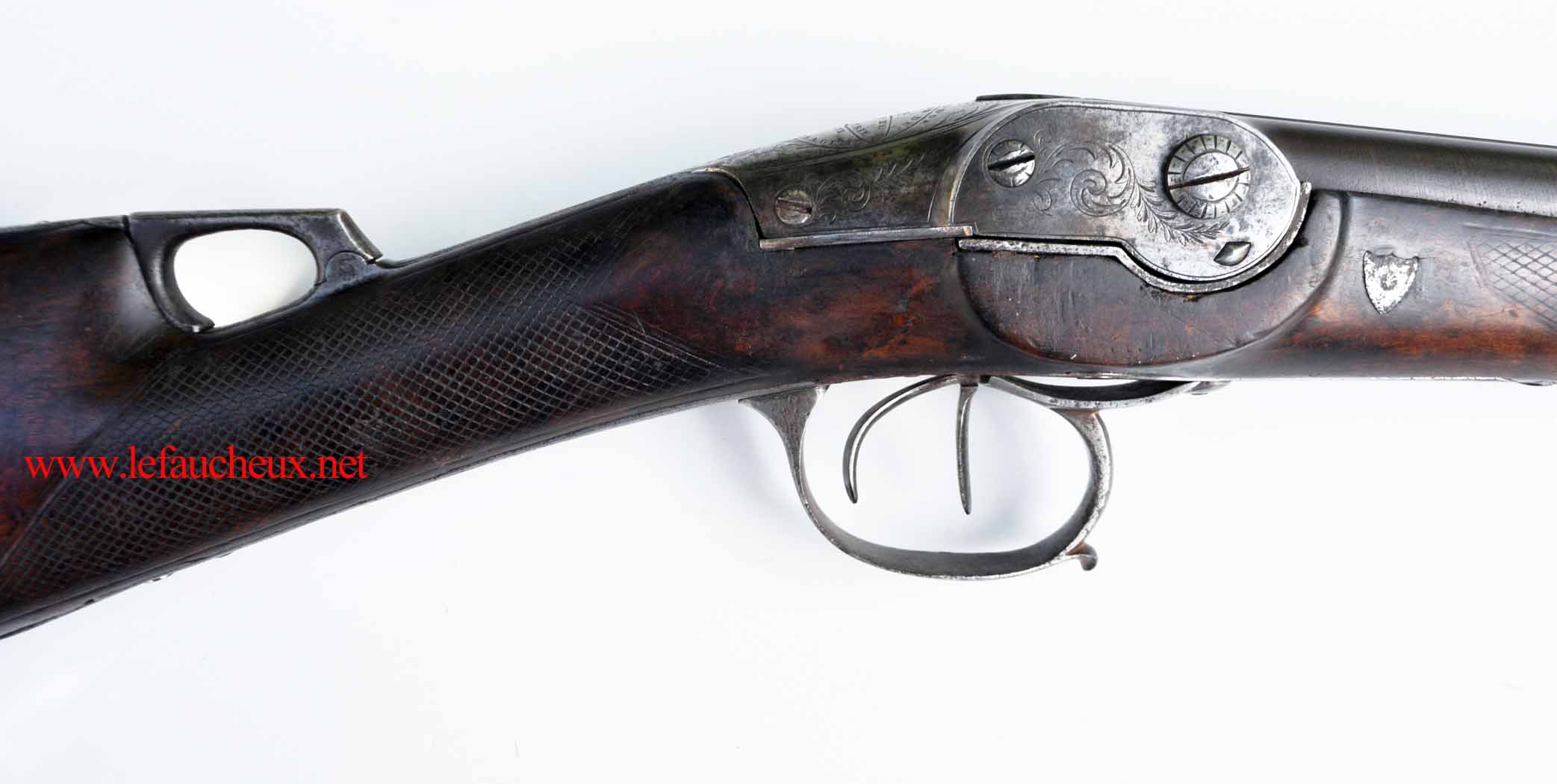 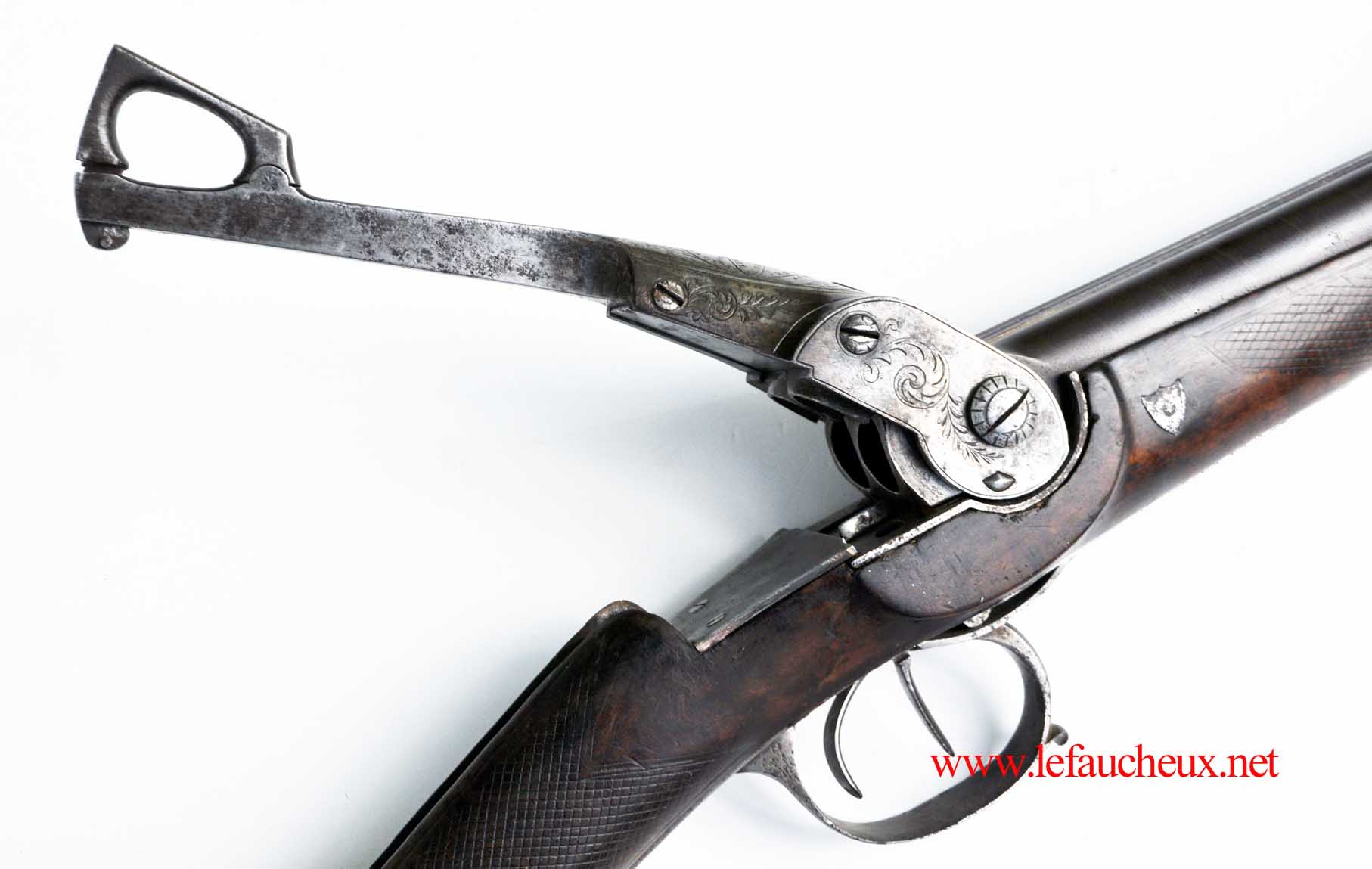 This invention is considered “remarkable” and the National Exhibition of Paris in 1834 will award him the first class gold medal for his invention. 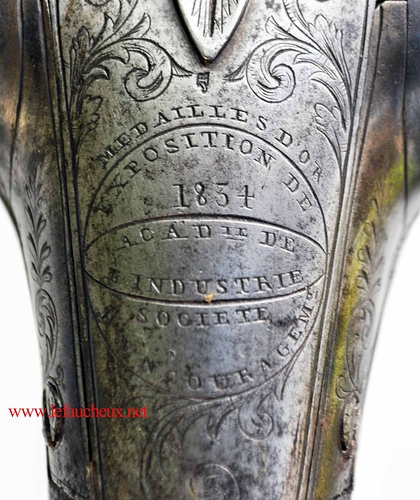 To read more about it :

Here are a couple pics of the cartridge which are probably even more rare than the gun. 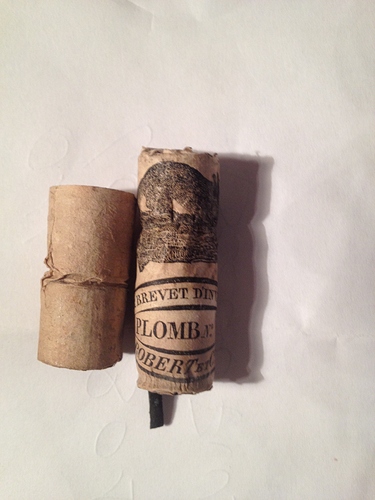 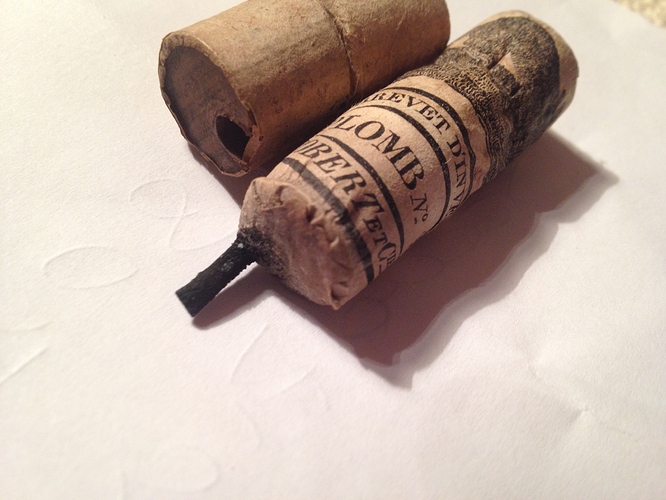 The little thing sticking out the back of the cartridge is a tube primer. It’s hollow inside and filled with a priming compound that the hammer/firing pin hits to ignite.