A Trio of Boissy Pinfire Pistols

I show three quality Pinfire pistols by Boissy. I would like company history please.
I show single and double-barrel 7mm Pinfires and a 12mm Boissy Pinfire.

7mm Single is 62mm smooth barrel and 135mm overall.
Number 7 on and under lever and Boissy in oval on left of frame.

7mm Double is 62mm smooth barrels and 140mm overall.
Number 25 under barrel and on lever Boissy in oval under barrel on frame and also under the lever on the barrel.

12mm double is 88mm barrels rifled and 190mm overall.
Number 27 under frame and lever. Boissy in oval under barrel on frame.
I now need a 9mm Boissy to complete the set. 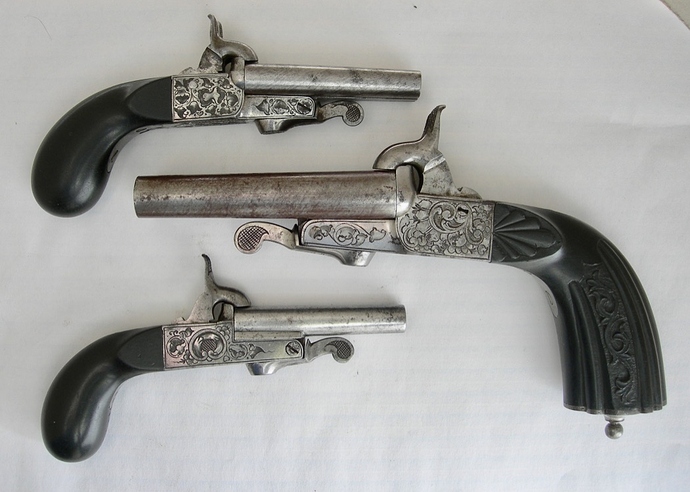 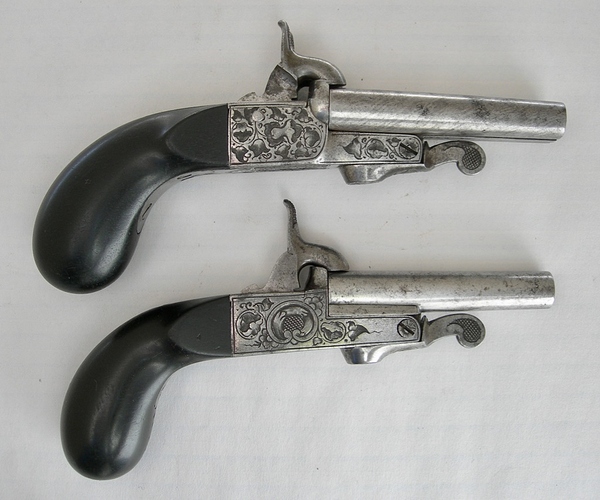 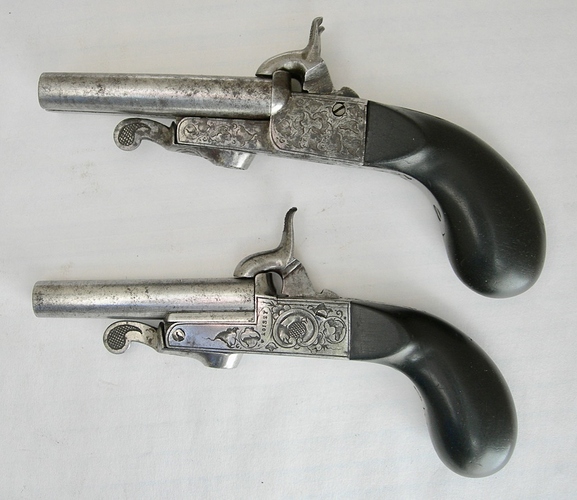 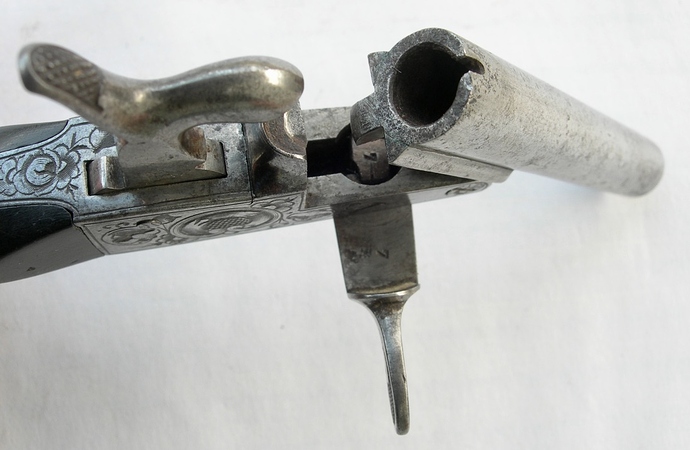 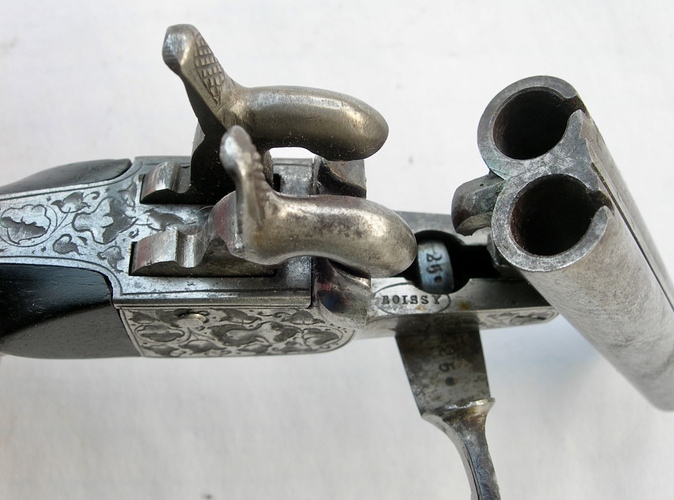 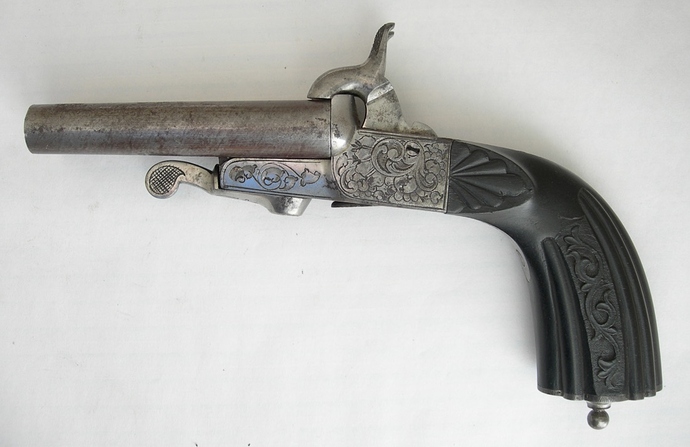 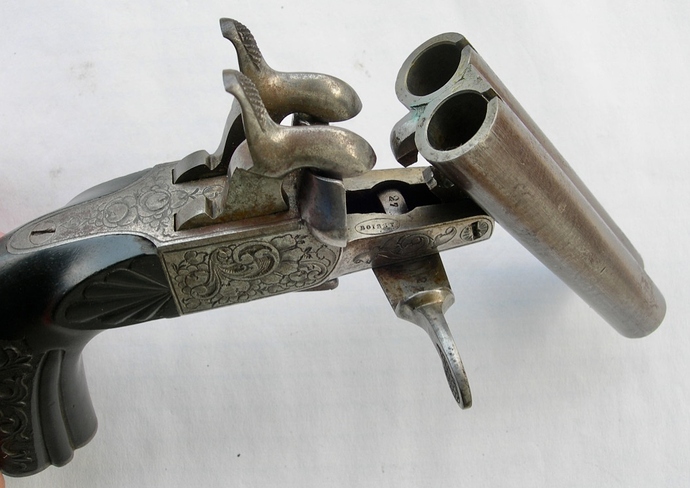 I have found a reference to P.Boissy, Gunmaker.
rue de la Badouillere 34, St. Etienne, France listed in 1879.
He exhibited fine firearms and Pinfires at the World Fair in Paris in 1855.
I am not sure when my Pinfires were made but they are good quality.

Heres the Boissy one I used to have: 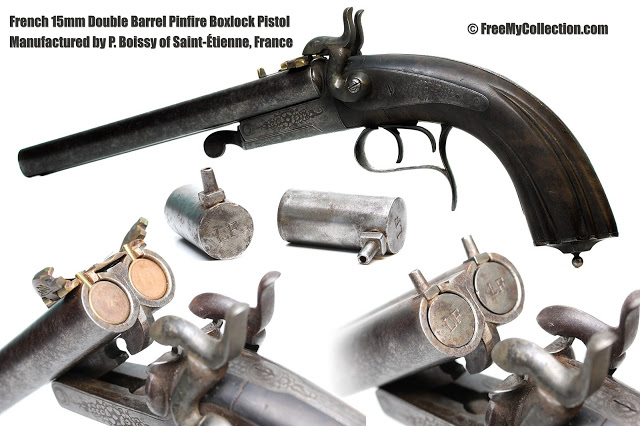 Here is a very unique gun that just arrived at my doorstep yesterday! At first glance it seems like any common 15mm double barrel pinfire boxlock pistol but it is quite different. First it is quite a bit larger and twice as heavy. (I was shocked how...