I’m new to this forum. Santa was kind last Christmas, and brought me a nice 9mm Chaineux-marked pinfire. I am unsure of the year it could have been manufactured, however being ELG*-marked with proofstamp crown-over-X, it seems to have been made before 1877.

Chaineux was a manufacturer of interesting multi-shot revolvers, some having 12 or even 20 cartridge capacity, and registered several patents in the years 1858-64. Being marked with Chaineux Bte means the revolver was likely manufactured after the patents were issued, so it could have been made between 1858-1877. Proofstamp X is quite late in the alphabet (I have not yet seen Y or Z yet), and could mean it was not long before 1877. Does this seem reasonable?

The other Chaineux’s I have seen have been marked with J Chaineux, mine does not have the J. There where several Chaineux’s in Liege, likely they were related to each other. Perhaps this one was the son of J Chaineux? Just speculating.

The frame is marked PC, which could mean P Chaineux, although I have not found info about any gunsmith with that name.

Any info would be appreciated, thanks in advance :-). 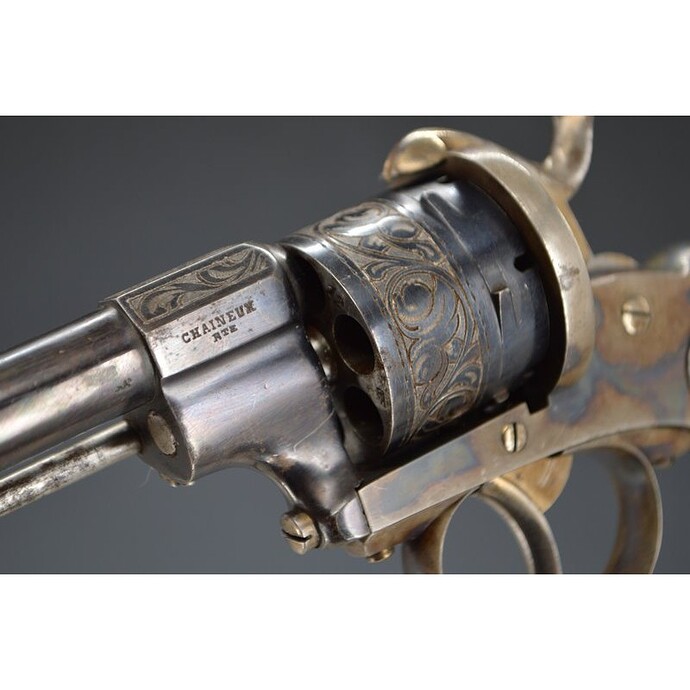 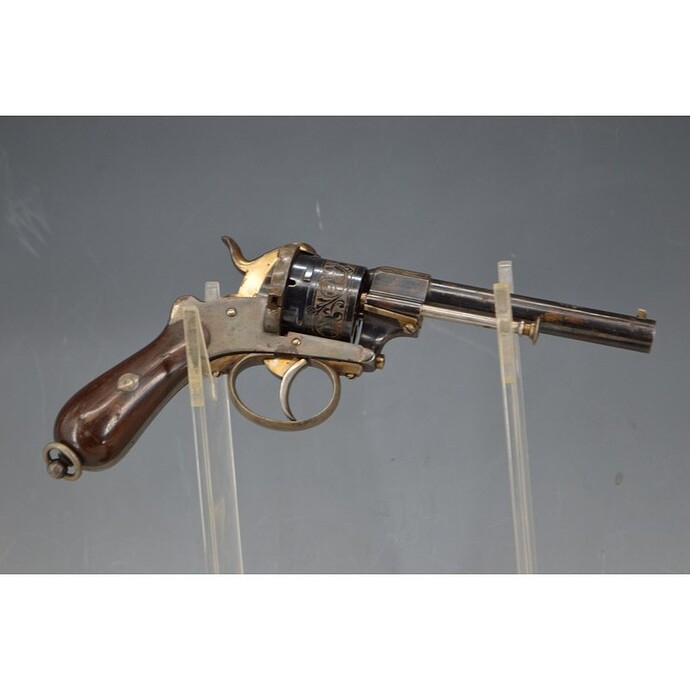 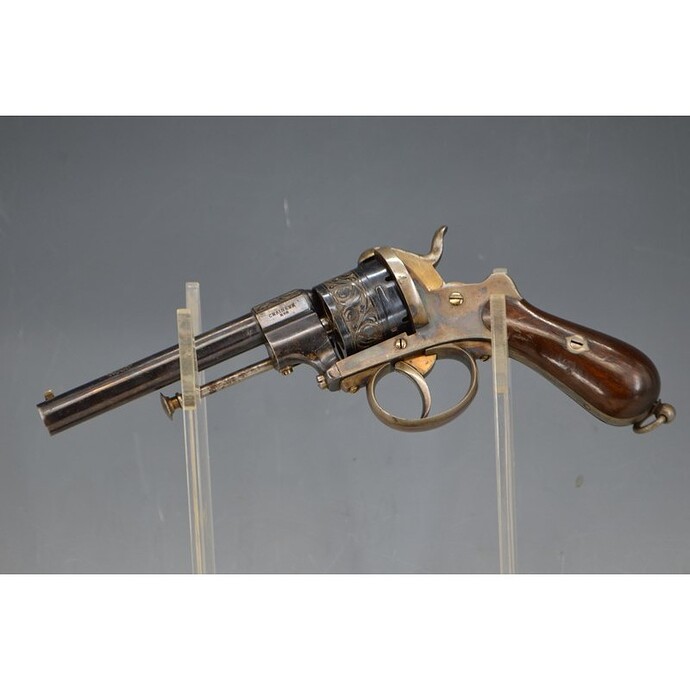 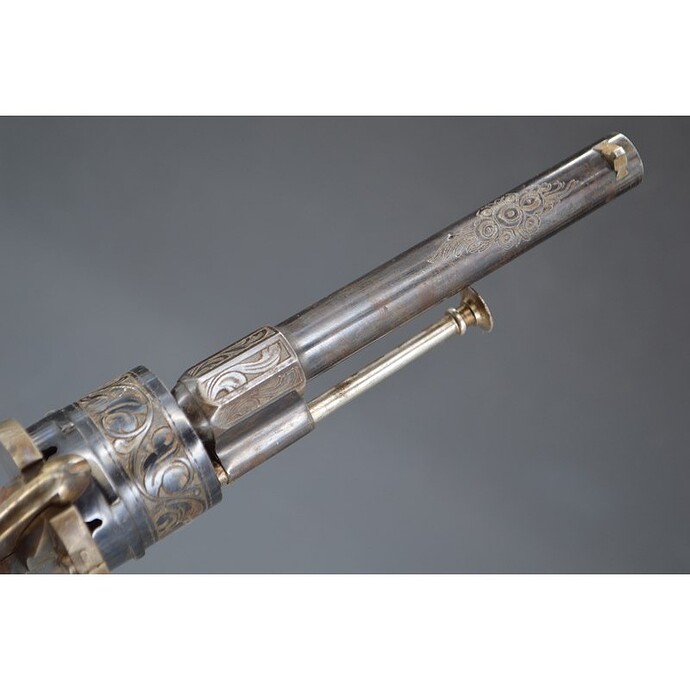 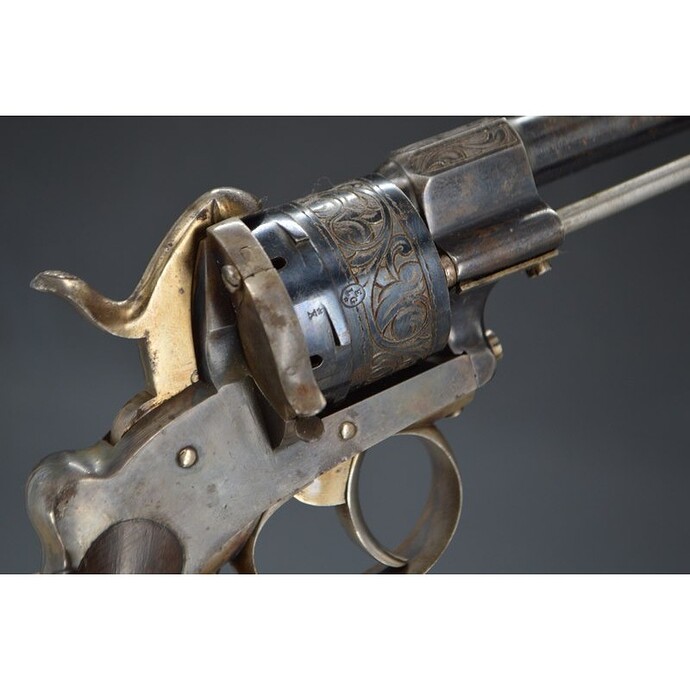 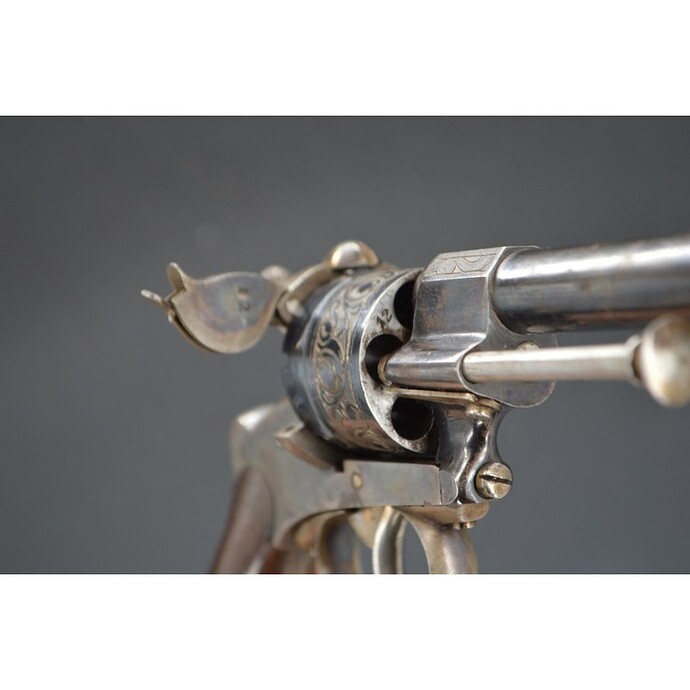 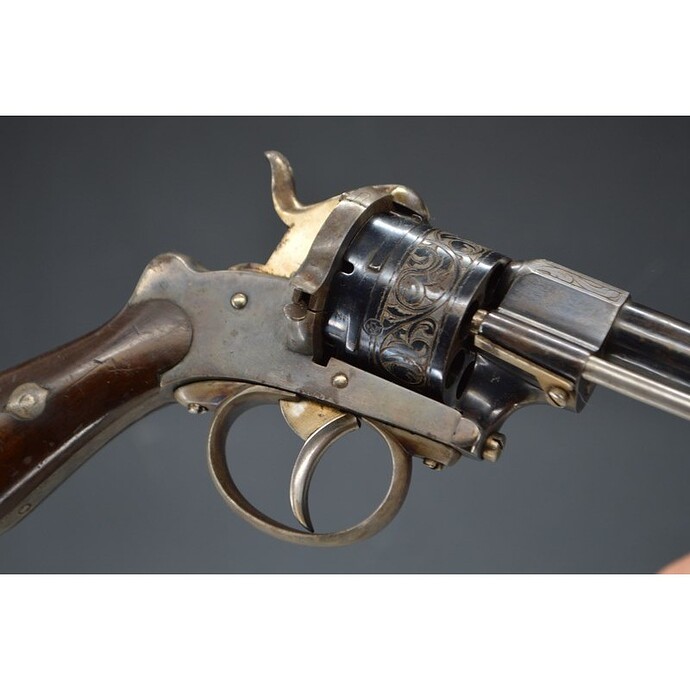 Hello, MGR.
Nice piece! I have had several Chaineux Pinfires, all marked J. Chaineux. I have not seen one marked only “Chaineux”. Aparently there were two “J. Chaineux” makers, one Joseph of Wandre, the other Joseph Lambert of Liege. Most likely J. Chaineux is the former as he seems to have been more prolific. According to Daubresse, the former had gone out of business by 1870. If yours is the other Chaineux, it could have been made after 1870, but before 1877 as per the “crown over X”. The inspectors’ mark, as far as I know, has nothing to do with the year of manufacture. The letters were assigned to individual inspectors and re-used as needed. The mark PC on the frame is likely from the foundry which cast the frame. Not much help, I know. 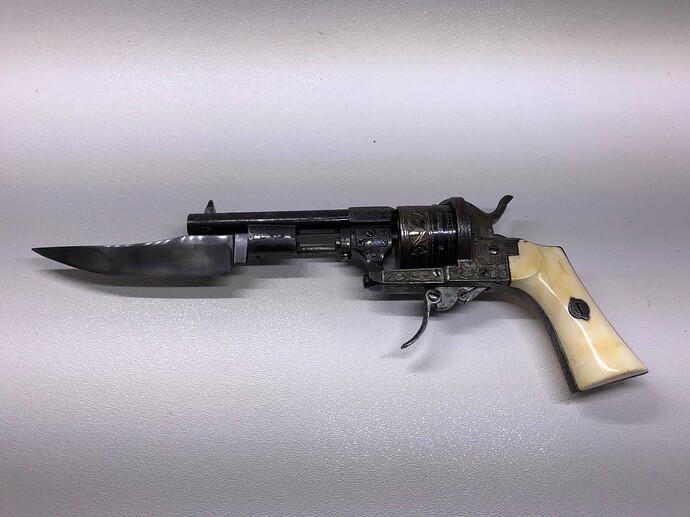 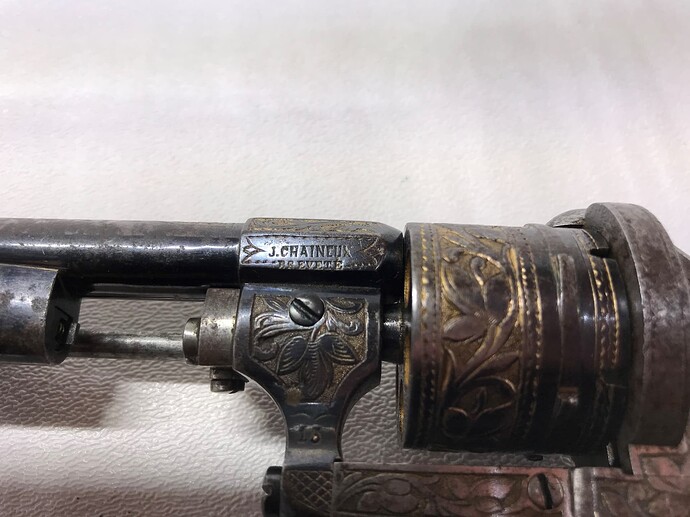 Thanks for the reply both! Wow, nice dagger pistol

The inspector mark is most likely impossible to find anything more about. I have read that the old archives have been lost, so that we will probably never know.

About Chaineux; I have seen quite some revolvers on the web with Chaineux markings, but never any without the ‘J’. Most of them are the 10, 12 or 20 shot types, which seem to have been quite popular. But the font of the Chaineux letters are different on mine. They are a serif font, but most others I have seen have the name written in non-serif. Strange. Also under the Chaineux it is written Rte. Strangely not Bte like it sometimes does. Why I wonder.

I have noted on several other Chaineux’s that the front part of the exctractor is similar to mine, with a ring before the actual push button. So most likely made in the same workshops.

Also puzzling are the seven roses engraved on the top of the barrel. Never seen those before. Seven roses are apparently a sign of affection. If I should speculate even more; this revolver could have been a gift? Most likely a mans gun, as a 9mm would have been deemed too hefty for the ladies of the time

? He took good care of it, as it appears unfired and the mechanism is tight as new. 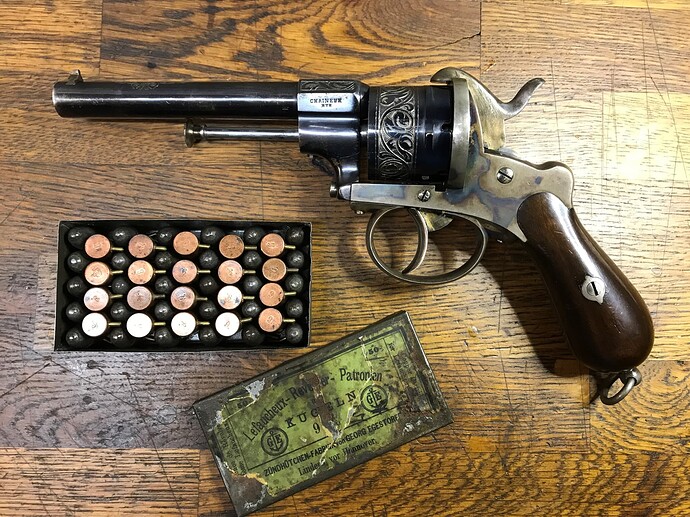 I think the “Rte” is just a poorly struck “Bte” to be honest. Interesting fact about the style of the letters, though. The engraving on top of the barrel may very well have been a custom order. The cylinder looks a lot like mine so perhapsthe cylinder is “standard” style, and the barrel is a special addition. The roses look a bit different, too. Not as deep as the cylinder. If it could only talk…