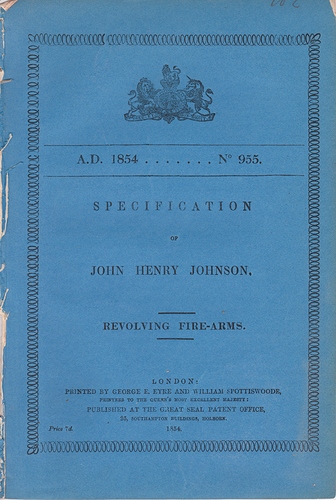 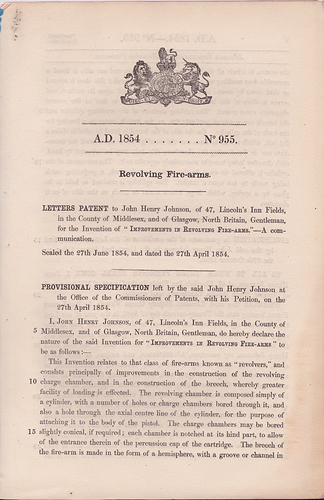 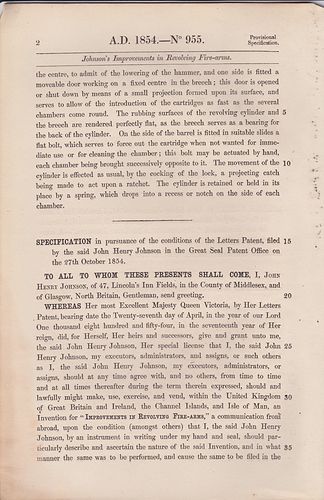 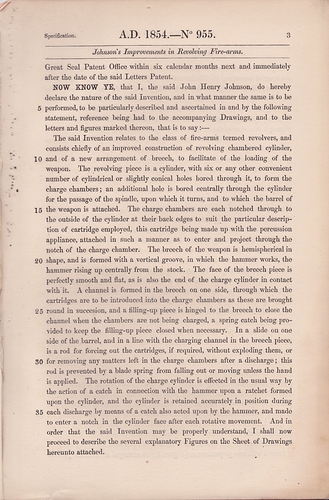 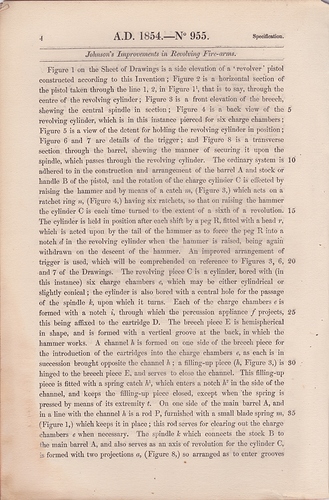 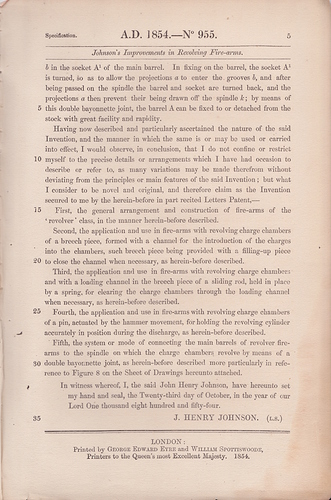 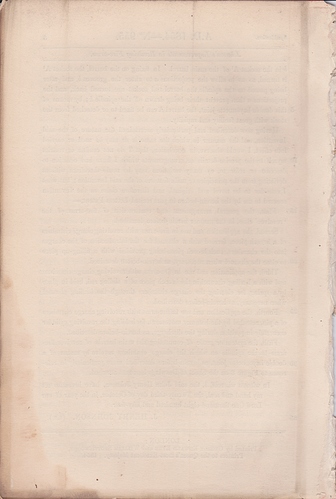 When I bought it it was missing the drawing. But here is what the drawing looks like: 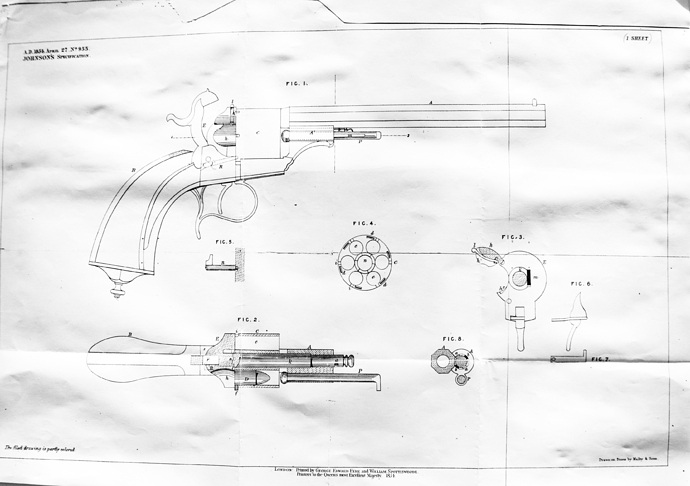 This patent filed by Eugène is very interesting.
You have to look at the dates: in France he files the patent on April 15th, 1854 with a design very similar to a Colt revolver, 12 days later, on April 27th, 1854, he files the same patent but with another design, the one that looks like LF 28.
Drawing of the English patent which was only used in France on November 4th, 1854 in the first patent of addition.
Why?? 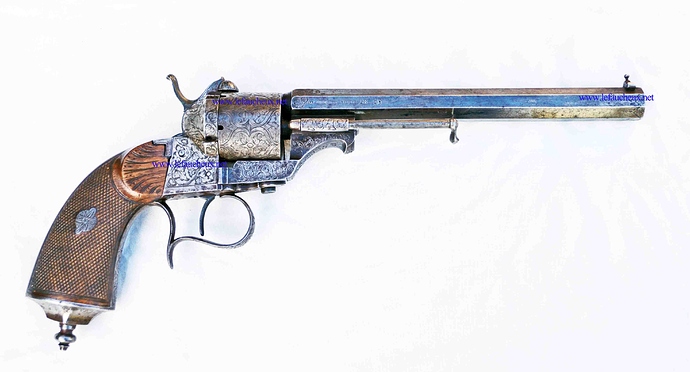