However there is no known documentation on which manufacturers we imported additional cartridges from. We know that the Union Army purchased at least 200,000 cartridges with the large order of Lefaucheux revolvers from France. We know some of the smaller purchases also came with cartridges. We also know that the Confederate States Army had pinfire cartridges stored in their arsenals and used pinfire revolvers.

So I figured the only way to answer this question was to acquire the actual cartridges they used. And that is exactly what this article is going to focus on. 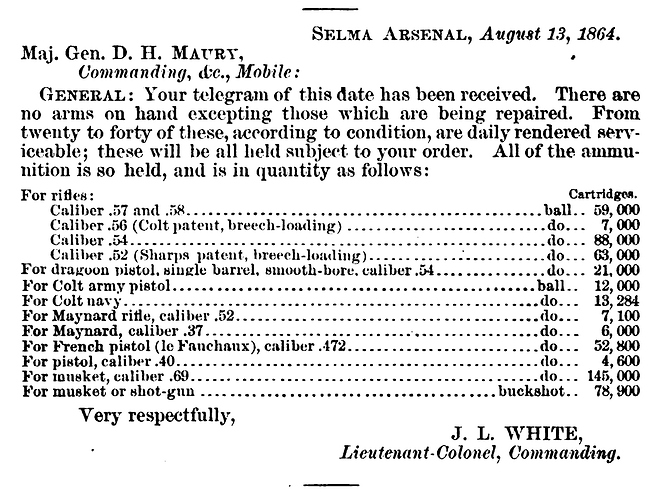 On August 13, 1864 an arsenal inspection of the Selma Arsenal showed that the Confederate States Army had 52,800 pinfire cartridges in stock. Various inspection reports also list cartridges in Union arsenals as well as pinfire revolvers in use by various Union and Confederate units. 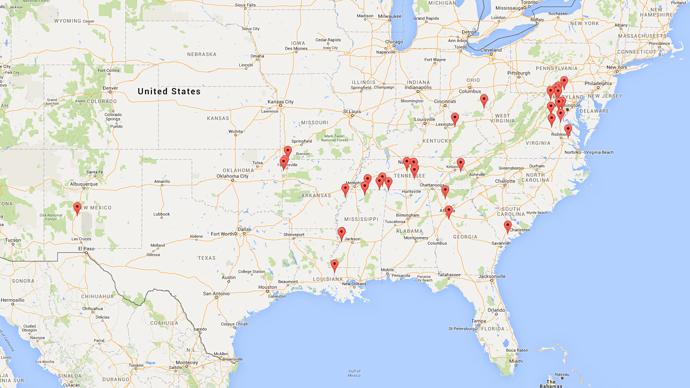 As you can see in the image below and the map above, pinfire cartridges were used about everywhere there was fighting going on. Many of these cartridges were found at places specifically identified as Confederate or Union encampments. Others were found on battlefields where it is harder to specify which side would have dropped the cartridge. But from about 90 examples I have acquired I am beginning to get a decent understanding of which manufacturers provided pinfire cartridges for use in the American Civil War and to which side. Also, and even though 90 cartridges is not a huge amount of data to start from, when you consider that only 10 of these are the American made cartridges (that we know how many were made,) you could extrapolate that to make a guess that close to 14,000,000 pinfire cartridges were purchased for use in the war. This seems like a large number but is less (maybe far less since there is no exact known number of revolvers the Confederates used) than 1000 cartridges per pinfire revolver over the full course of the war. So maybe it was more maybe it was less but that seems like a reasonable estimate. 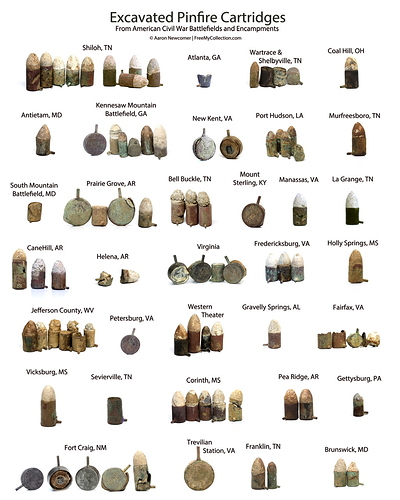 As to the manufacturers of these cartridges, some of them I have been unable to identify but the majority of them have readable headstamps or identifiable features that have allowed them to be identified.

My general findings are that both sides used a majority of revolver cartridges that were manufactured by Gevelot. The Union Army used the American made cartridges we have discussed. Cartridges by Chaudun and by Chaudun & Derivière have been found at locations that are identified as Confederate encampments. Cartridges by Charles Fusnot and Houllier-Blanchard have been found but are not tied to a specific side. Many shotshells in various gauges were used by both sides and nearly all of them were made by Eley Bros.