A short summary of the history of the Maison Houllier-Blanchard, taken up by Arthur Nouvelle.

Mr Blanchard created his armory in 1816 in Paris.
Charles Hippolyte Houllier was born in Paris in 1812 and died in Paris on March 31, 1871.
He works as a mechanic-gunsmith at Mr Blanchard, he will marry his daughter.
The couple, Charles Hippolyte Houllier and Anne Lucrèce Blanchard (April 6, 1817 - March 5, 1896), married on July 12, 1837 in Paris.
In 1837, he succeeded his father-in-law and combined his name with that of Blanchard to create together the house “Houllier et Blanchard” located 36-38 rue de Cléry in Paris.
A son, Charles Jacques Hippolyte was born on August 14, 1843, he married Clémence Aline Lainé on May 27, 1869, and he died on December 21, 1891.
The “Maison Houllier-Blanchard” was mentioned in 1839 in the description of this year’s Industrial and Artistic exhibition.
During the riots of October 12/13, 1849, the Houllier-Blanchard store was sacked and several weapons were stolen from him.

Houllier-Blanchard sold pinfire cartridges too! These were likely made by Gévelot.

These were long-range cartridges and made their way over to the United States and at least some were used in the American Civil War. 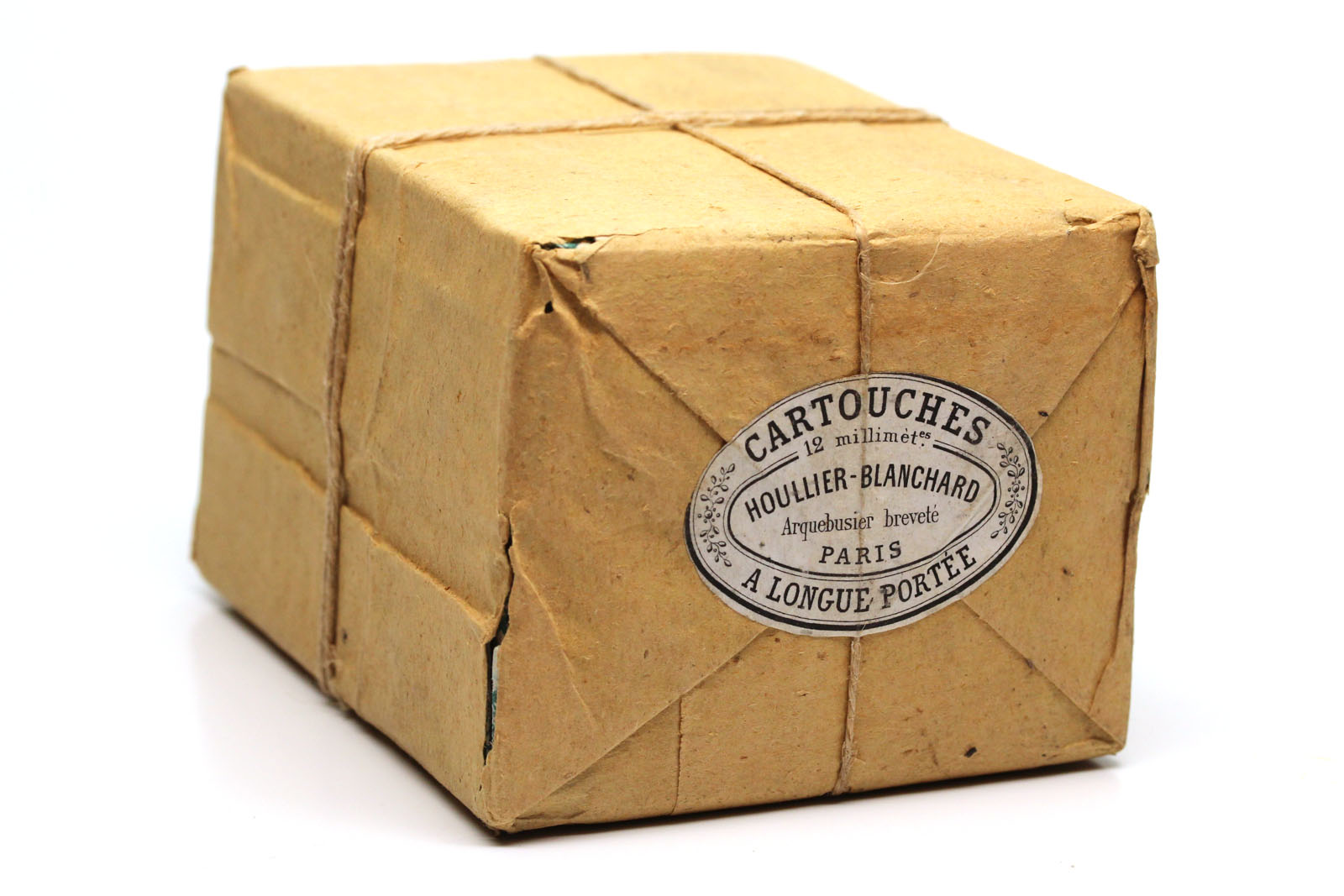 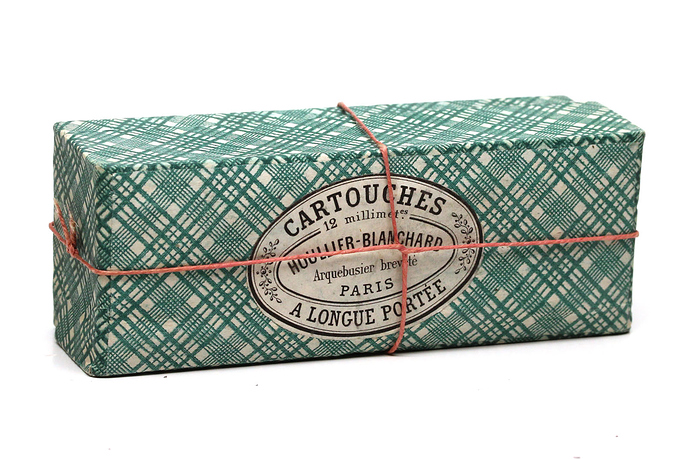