I had acquired this interesting Double Rifle about 7 years ago. Caliber is 8mm Lebel. It is marked “Lefaucheux, 37 Rue Vivienne Paris”. Barrels are marked “Leopold Bernard / Canonnier Paris” / 35683".

Re-regulation was done by JJ Perodeau - with good results. See his notation.

And the interesting story about the hunt is shown below in bold, after the pictures.

As always, your comments are welcome. 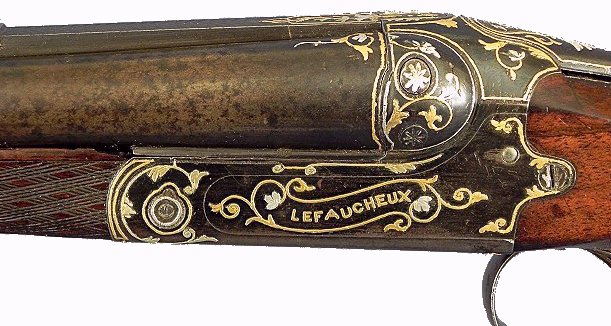 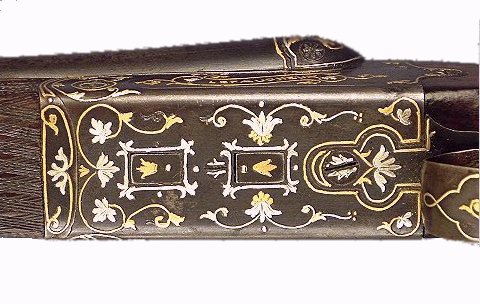 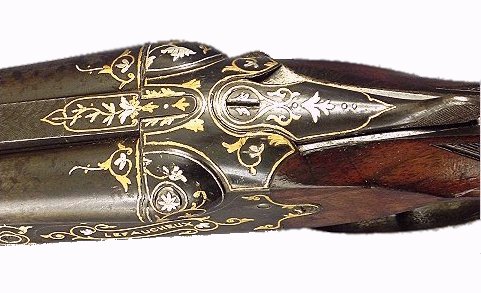 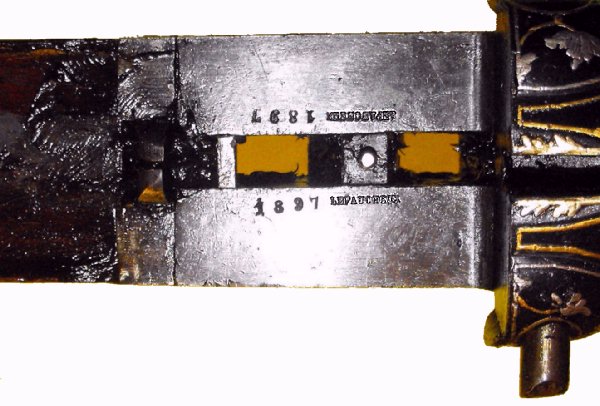 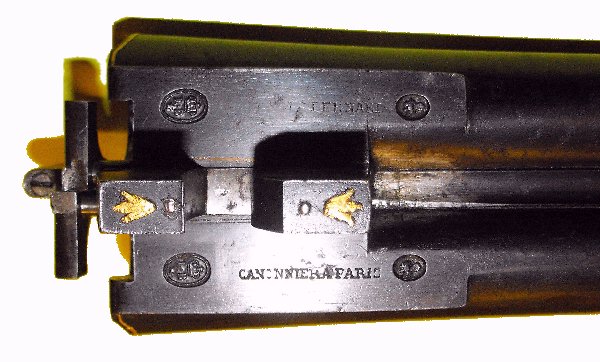 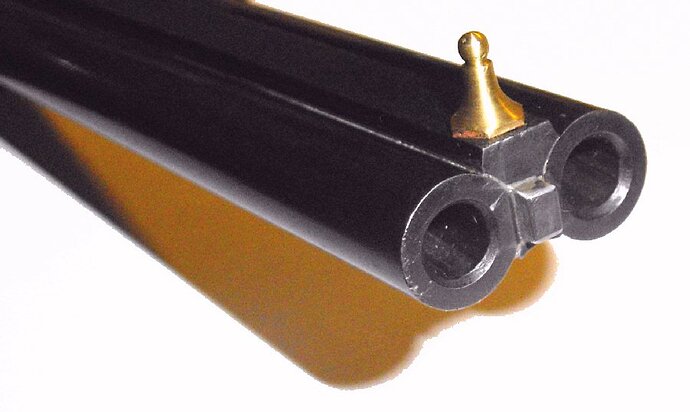 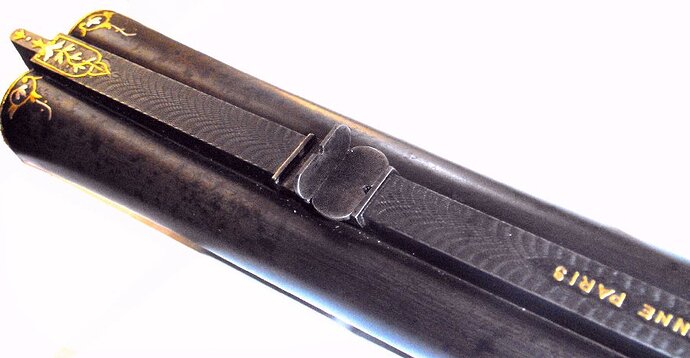 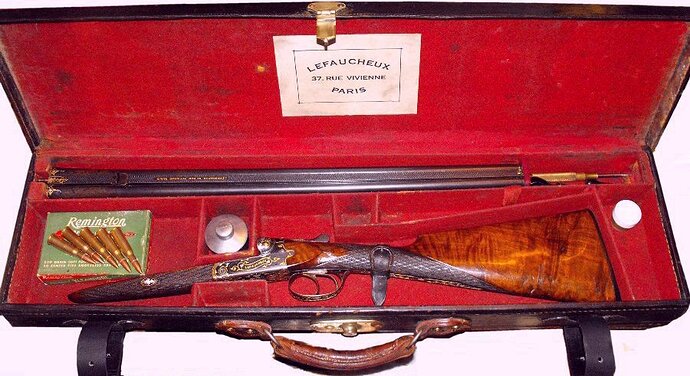 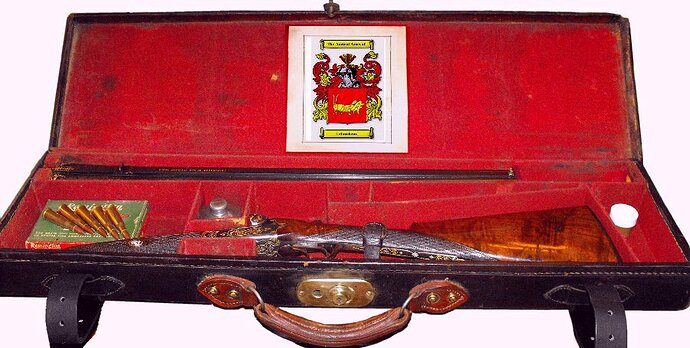 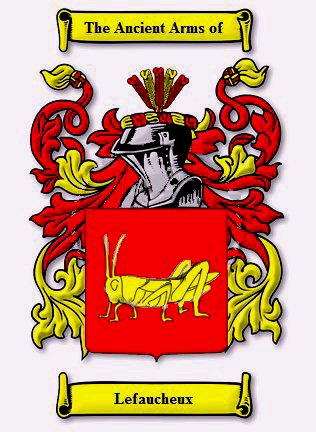 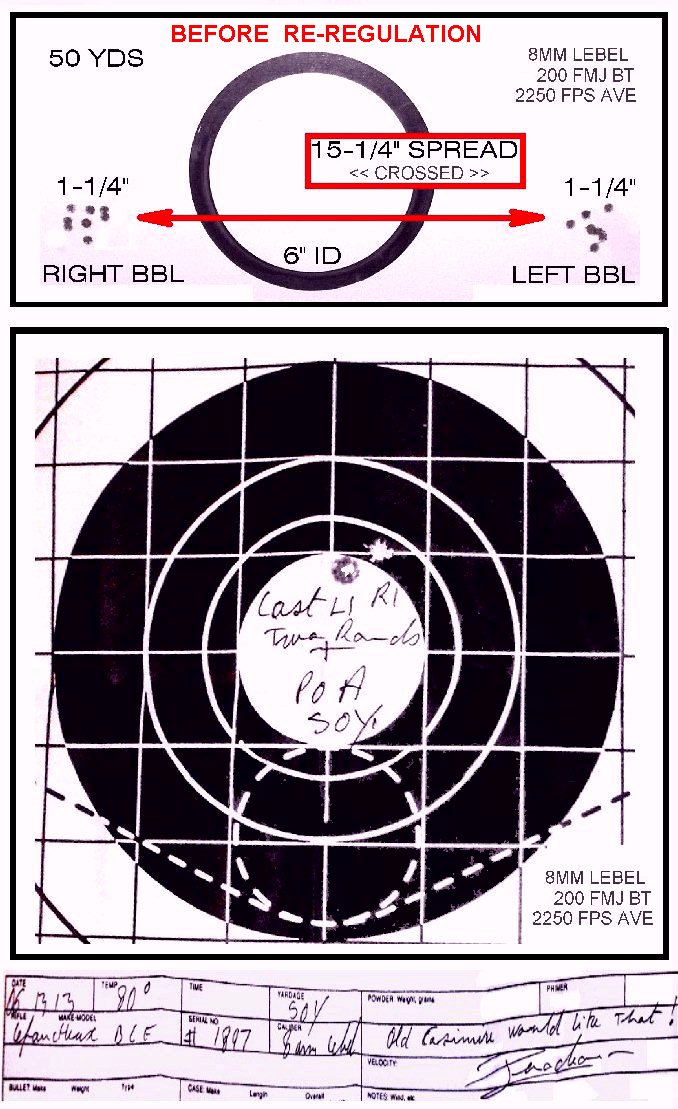 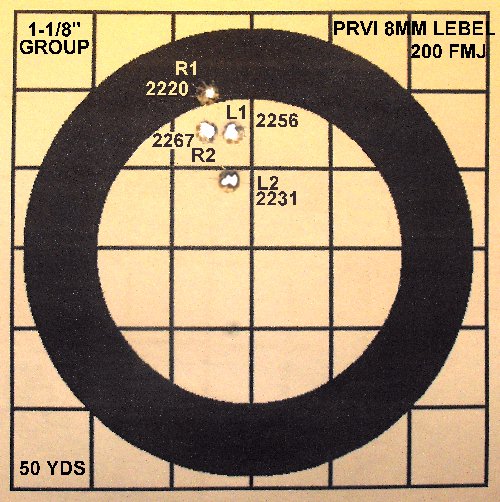 At last I have for you the story about the gun…

"… The Lefaucheux Double rifle was owned by my great grandfather, Henri Norat. He was a High
Ranking French Military Officer who hunted big game in the early 1900’s after he retired. I’m not
sure if the rifle was purchased by him, or given to him as a gift. It was very fancy decorated with
yellow and white gold vines and leaves. I remember it was in 8mm Lebel caliber which was the
French Military cartridge of the time.

The story as told to me by my grandfather was that his father was hunting in Africa for Rhino with
a big 500 double rifle. He had been hunting for more than a week with a Professional Hunter and
his 2 natives. After several more days of not having much success, he took a break to hunt some
smaller animals with his little 8mm Lebel. Apparently he had shot an Oryx with it, but it didn’t go
right down and ran off into some dense swampy brush. While they were following the blood trail
of the wounded Oryx deep into the wet thickets they started hearing the crushing of branches and hoofs off in the distance ahead of them. When the sounds got louder they realized it was getting closer to them. Although they couldn’t see more than 5 feet in any direction, the sounds kept coming closer and closer, and louder and louder, and they knew by the crashing noise that whatever it was, it was big.

They decided to quit trailing the wounded Oryx and turned around to starting heading back
toward more open ground from where they had come. They moved as quick as they could but
the wet ground slowed their efforts. Before they got more than 20 yards, the cover behind them
exploded with the grunting charge of what now could be seen as a huge Rhino. By now, the 2
natives had disappeared far ahead, and the Professional Hunter was in front of my great
grandfather, with the Rhino upon them both as it charged them from behind. Both of them had
started to turn and raise their rifles to shoot, but it was too late. They had only a fraction of a
second to dive to the side, one right, and the other left, to avoid being trampled by the beast. As
my great grandfather dove left, he felt the fingers of his right hand being crushed by the hooves of the Rhino. In the midst of the attack, the Professional Hunter yelled “don’t move, and don’t make a sound”, and they both laid still in the mud and waited. The chilling yell of one of the runaway natives told that he did not escape the attack.

After waiting about 10 minutes without moving, the two men slowly and cautiously rose to their
feet. It was then that my great grandfather realized that the pain in his hand was not from the
hoof of the Rhino, but from the rifle that he was still grasping in his right hand. It seems that the
Rhino stomped on the rifle’s stock, and crushed it deep into the wet ground, with my great
grandfather’s fingers still wrapped it. Although 3 of his fingers were dislocated, none were
broken. When the stock was examined, it showed a deep crease from the Rhino’s hoof that
stomped it deep into the mud. It was most surprising that the stock didn’t break, or even crack,
from the 2 ton beast that stomped it. The stock was left as is to remain a future reminder to be
cautious even when hunting ordinary game in Africa. 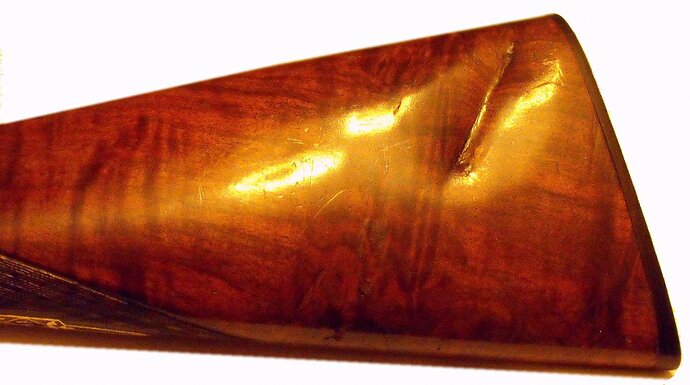 Some practical informations:
Under the barrels we can see the year: 1897.

So if the date under the barrels is correct, this rifle was marketed by Henri Rieger.

Amazing story, and a amazing rifle.
Thanks for sharing.

Hello Lefaucheux,
Thanks for the reply.

Hello Jos,
Thanks for the reply.

Hello CLAM02,
Thanks for the reply.

translated … Very beautiful piece, you learn something new every day. I had no idea of such a weapon at all. Congratulations.