I picked up this one a couple years ago.

This is a 16 gauge Lefaucheux pinfire shotgun. Like many early French guns, the barrel was made in Belgium. This particular barrel was made by Fassin & Ronge sometime after June of 1853 as that is when the EL export proof was first used. Casimir Lefaucheux’s died on August 9, 1852 so the gun was made by either his widow or the shop’s successor, Casimir’s son-in-law, Laffiteau. It was made before 1865 when Laffiteau registered his own marks. 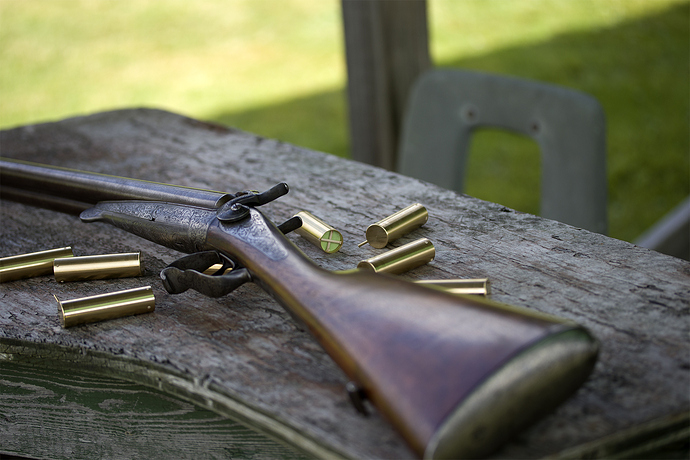 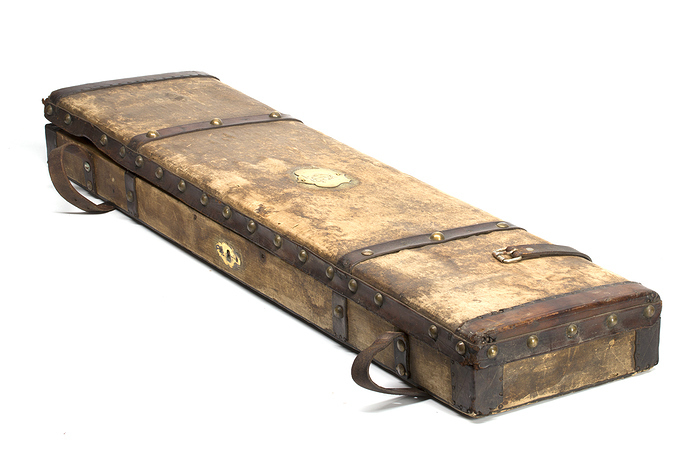 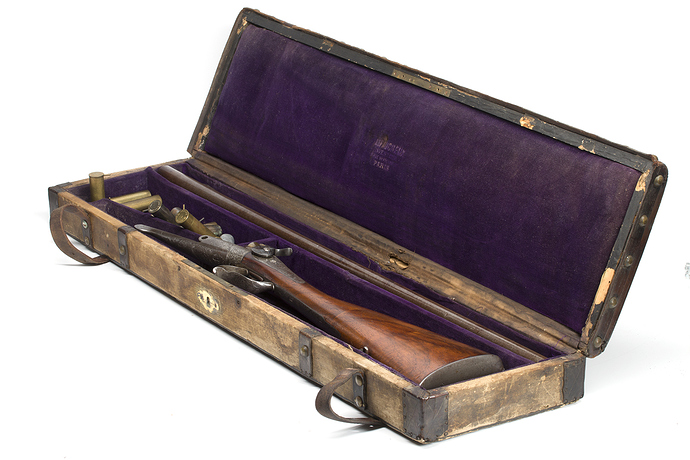 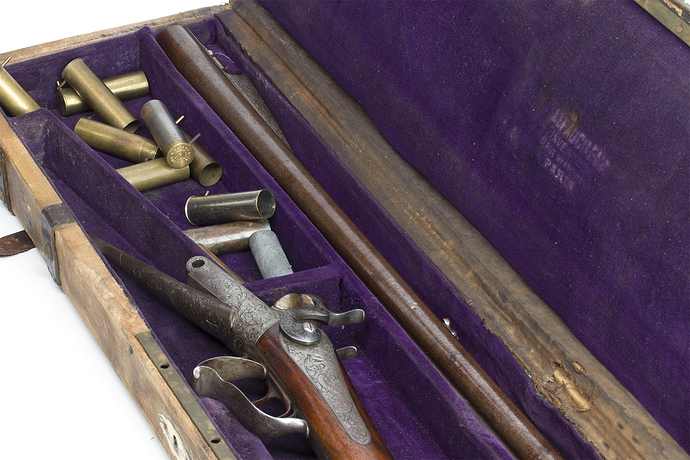 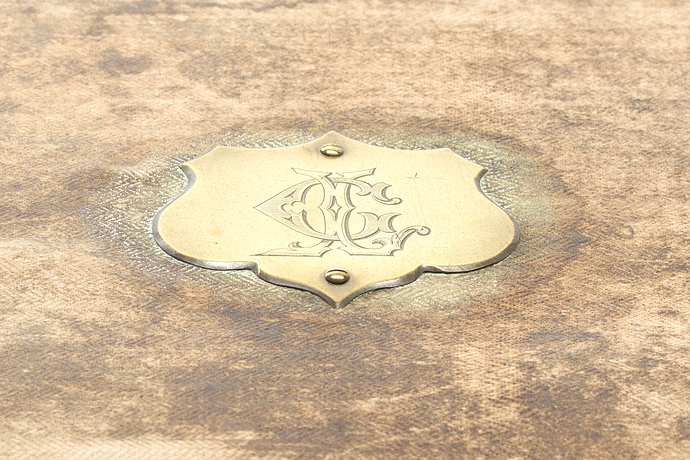 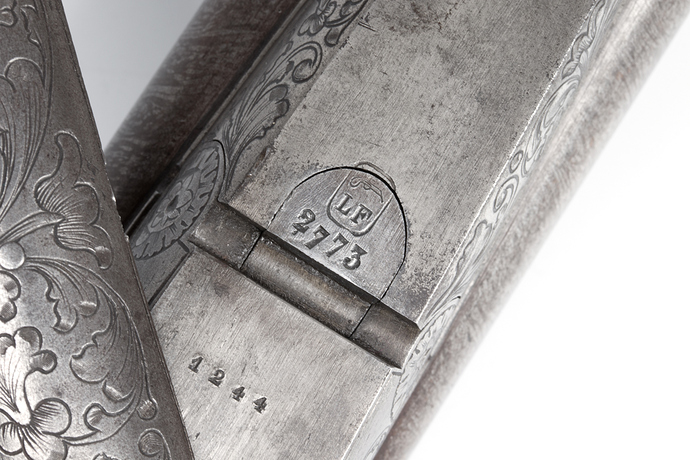 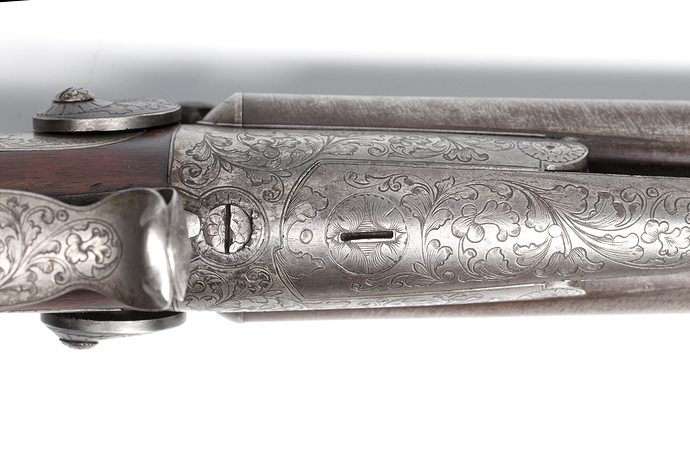 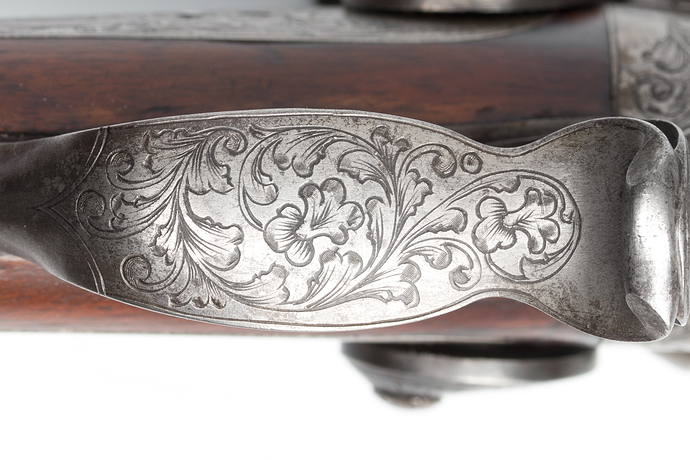 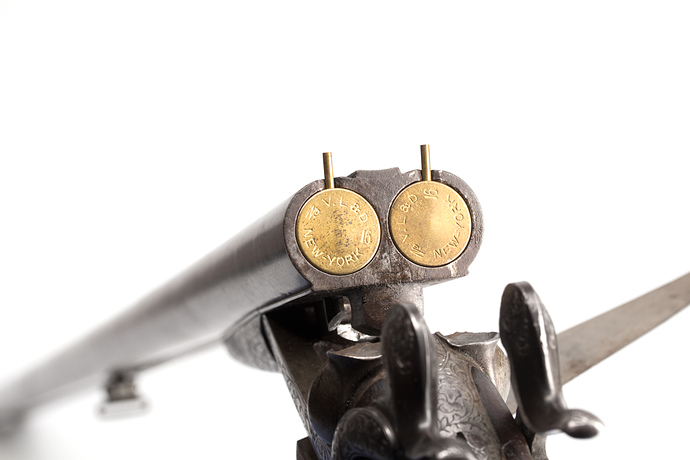 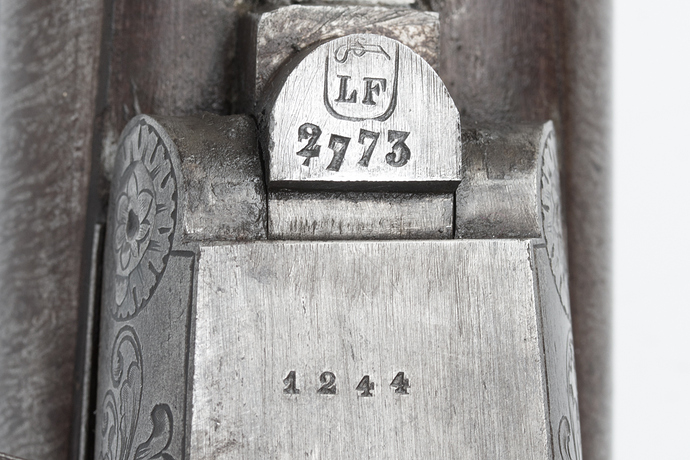 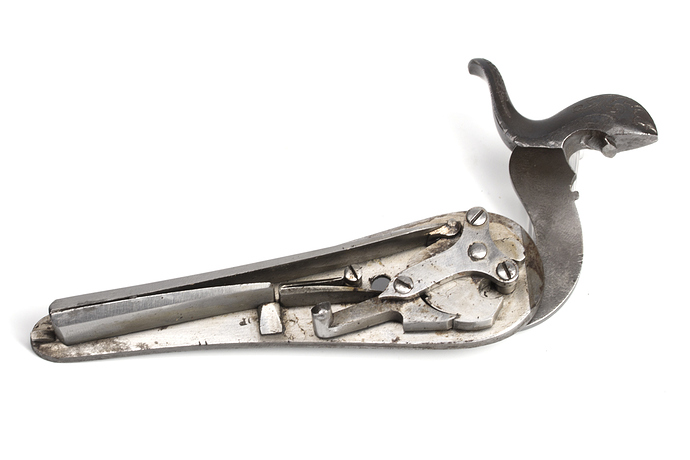 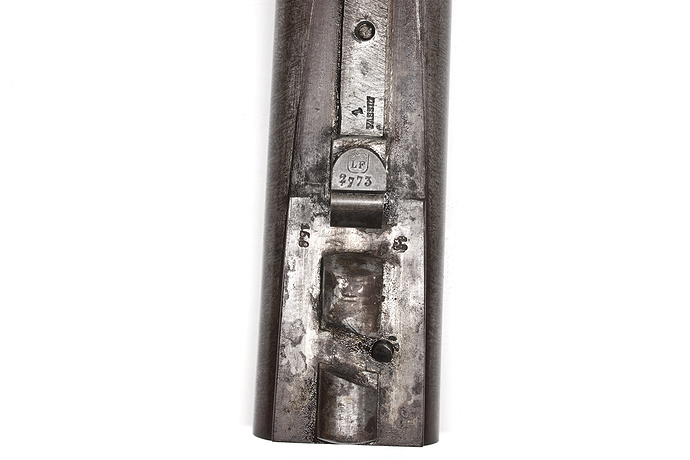 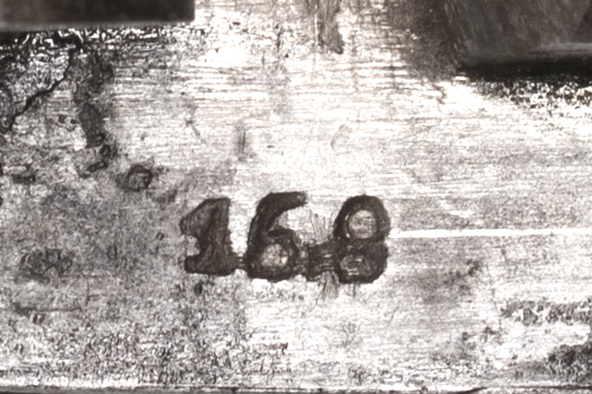 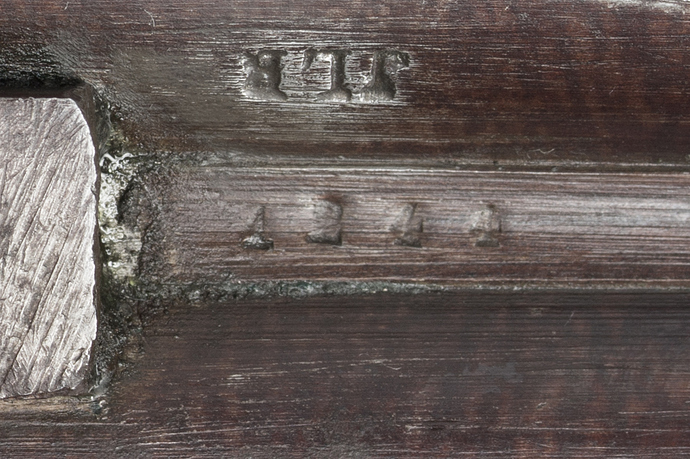 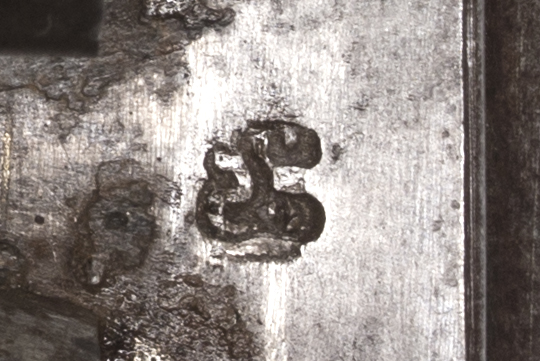 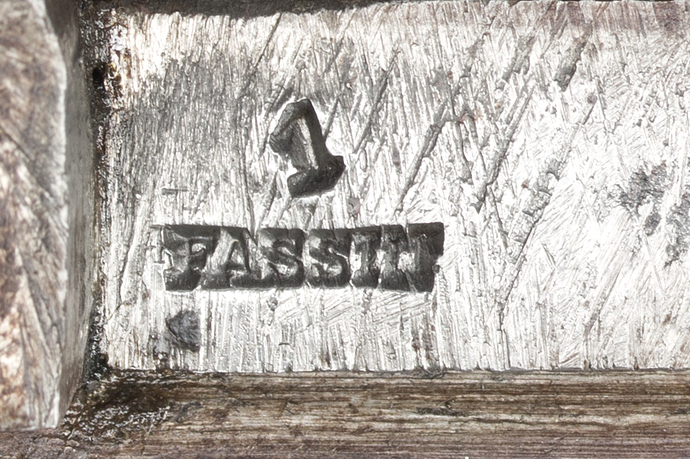 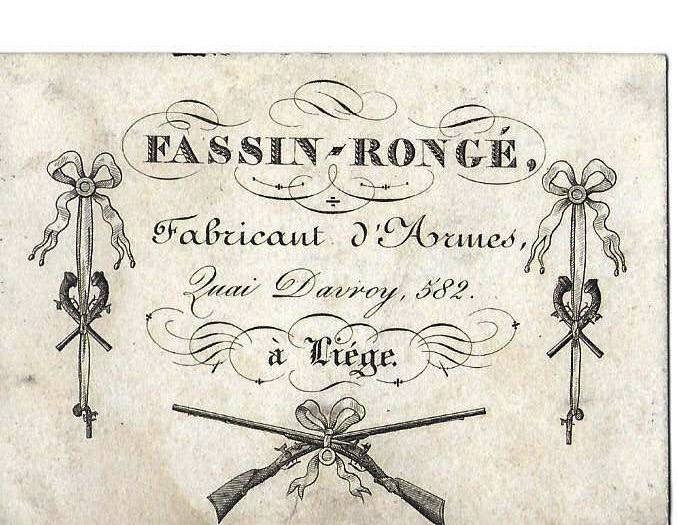 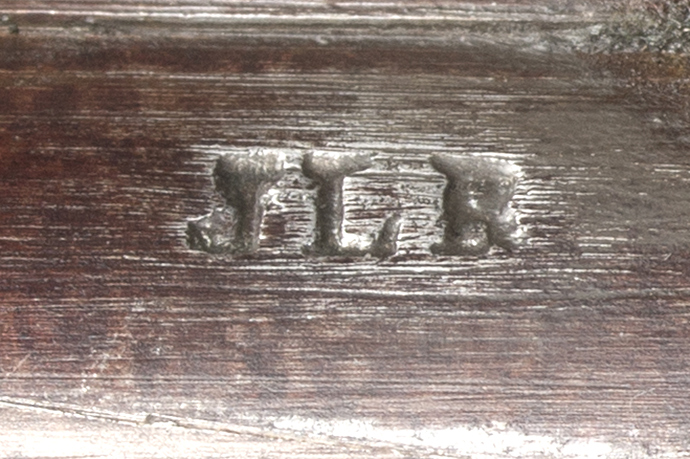 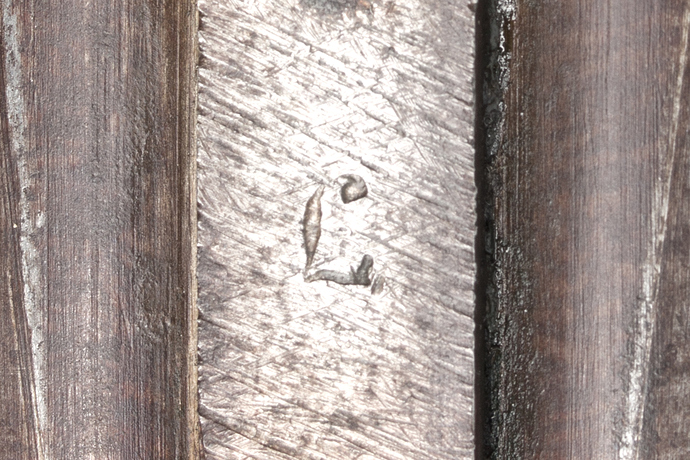 The shotgun LF 2316 has his year 1857 marked on the barrels, so the LF 2773 is just a little bit later.
Probably by Madame widow Lefaucheux, juste before the take over of his son-in-law.
The couple Laffiteau-Lefaucheux got married in 1859.

beautiful shotgun, agree with Lefaucheux.
In 1857 a shotgun with just one "key"is technically outdated. it’s interesting to see that the 1833 Lefaucheux Patent was used again in 1857 and certainly after.
I read Fassin,not Fassin-Rongé. We can’t say Fassin -Rongé was barrelmacker .

Can you tell me if on the barrel you can see signature trace?

I can not see any trace of a signature on it. And it is in very good condition so it was not scraped off or anything like that.