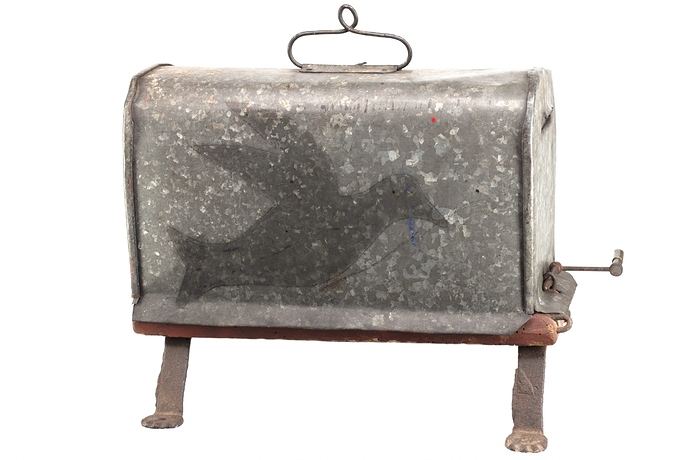 This self-acting, field clock gun was patented in England by William Maund and Charles Millichamp on May 3, 1888. It is essentially a giant revolver that holds eight 16 gauge pinfire shotshells. The clockwork mechanism inside it can be set to fire the cartridges intermittently at intervals of as often as every 15 minutes up to every 1.5 hours. It can also be set to fire a single shot at a chosen time. 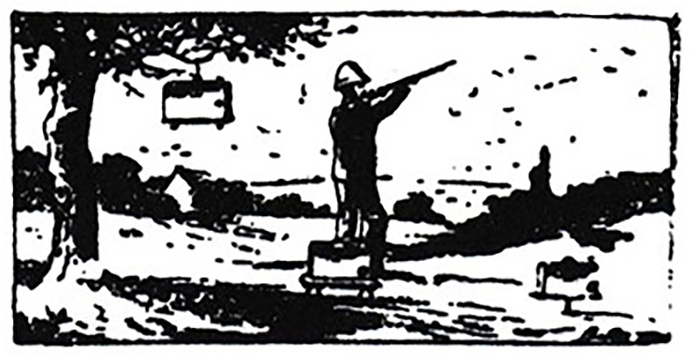 It was sold in two variations. One option had a handle on the top allowing it to be suspended from a tree or a barn. This is the example that I have and is shown in the pictures. There was also a variation that was sold at a 25% premium with a figurine of a person holding a gun as shown in the advertisement above and patent image below. 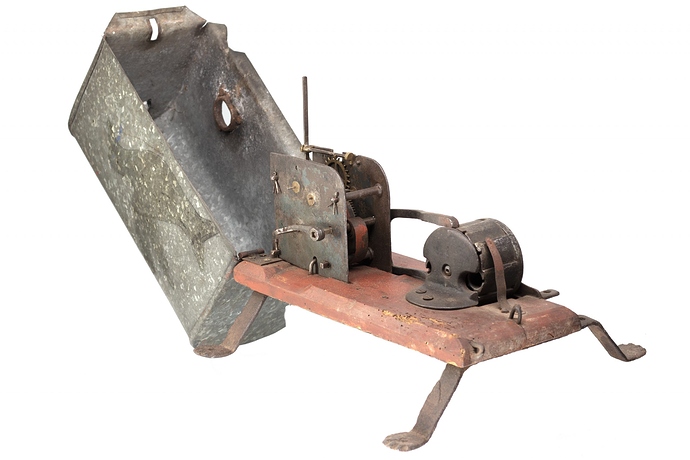 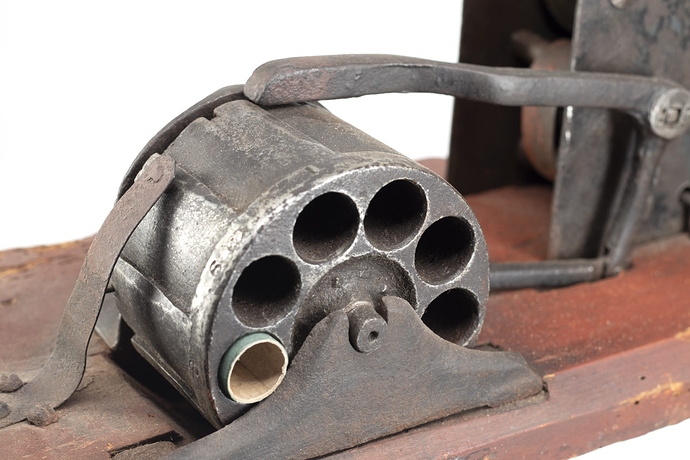 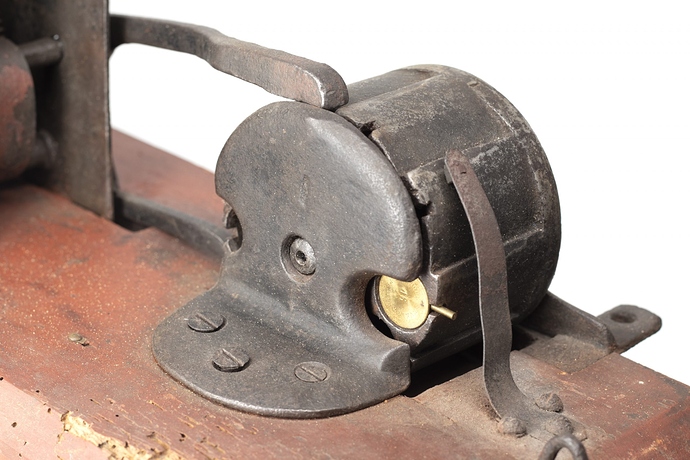 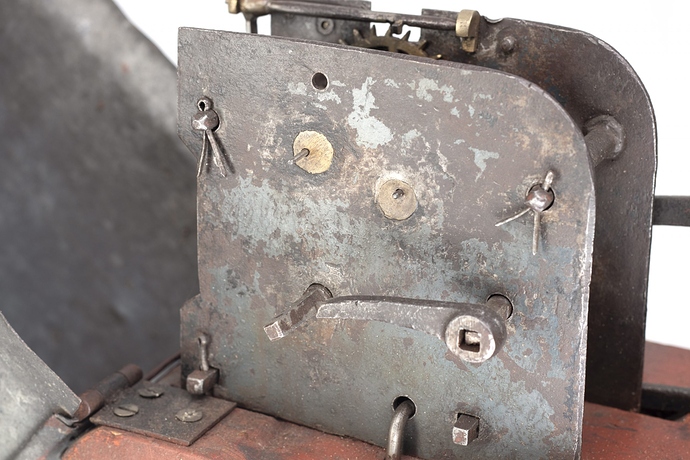 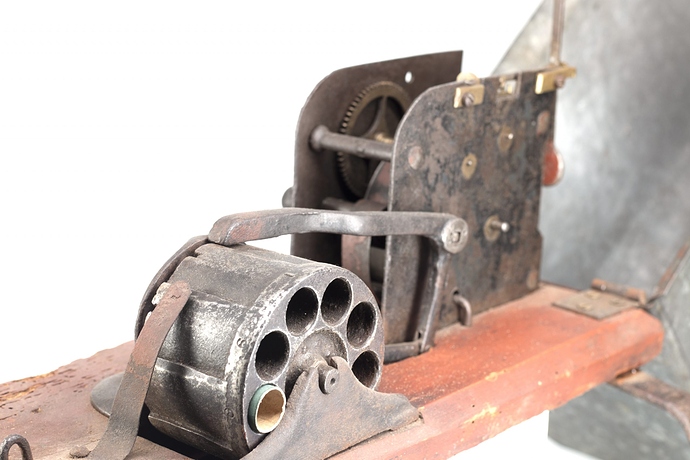 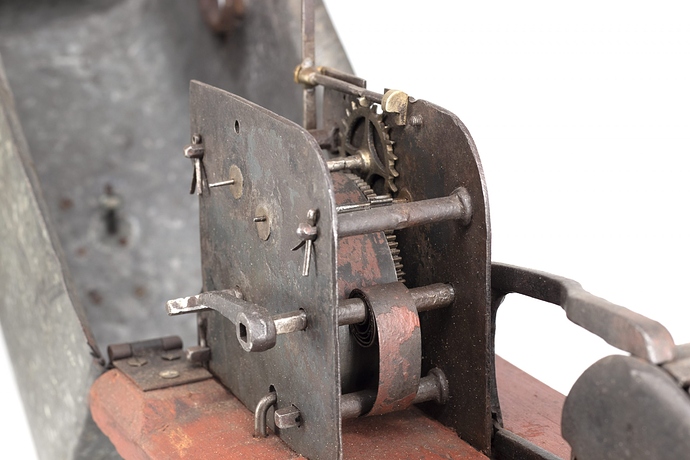 Millichamp’s marketing material stated that this device was “Invaluable to Farmers, Gardeners, Keepers, etc., for scaring birds, rabbits, foxes, and vermin” from cultivated land. He also sold special blank cartridges to use in the gun and there were others available on the market as well. 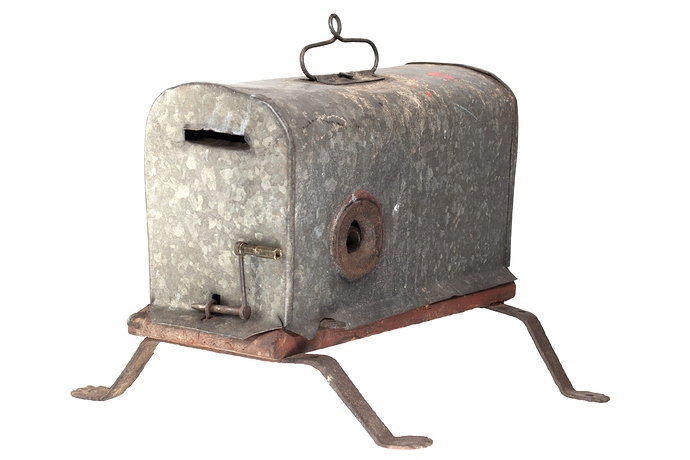 That has to be the neatest gun I’ve ever seen