I acquired this beauty in a sealed off room in an antique store clean-out that I was working on. I have found little information on it but it seems to have a little uniqueness to it. I will attach pictures. Here is where my confusion comes in, the full name of Maison Lefaucheux, the shop gunsmith’s name is engraved on the barrel along with Henry Rieger full name on another part of the barrel with a SUCC and what looks like an underlined R after his name. I understand he took over the shop in the 1860’s I believe. Then it has the full address of the gun shot of 37 Rue Vivienne A Paris on another part of the barrel. There is some form of etching on the right side of the barrel that could be an L only and then numbers on the bottom of the handle that appear to be 4963 or 4965. Everything that I have read about these pinfire revolvers does not match the type of engraving on this particular revolver. Any information or history on this would be great! Thanks!
IMG_5678|690x920 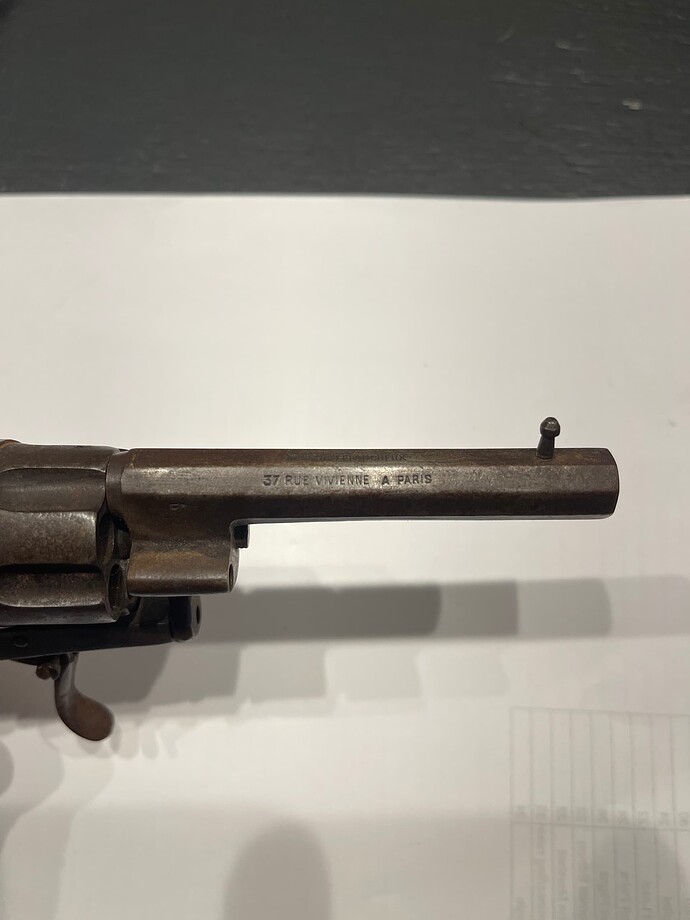 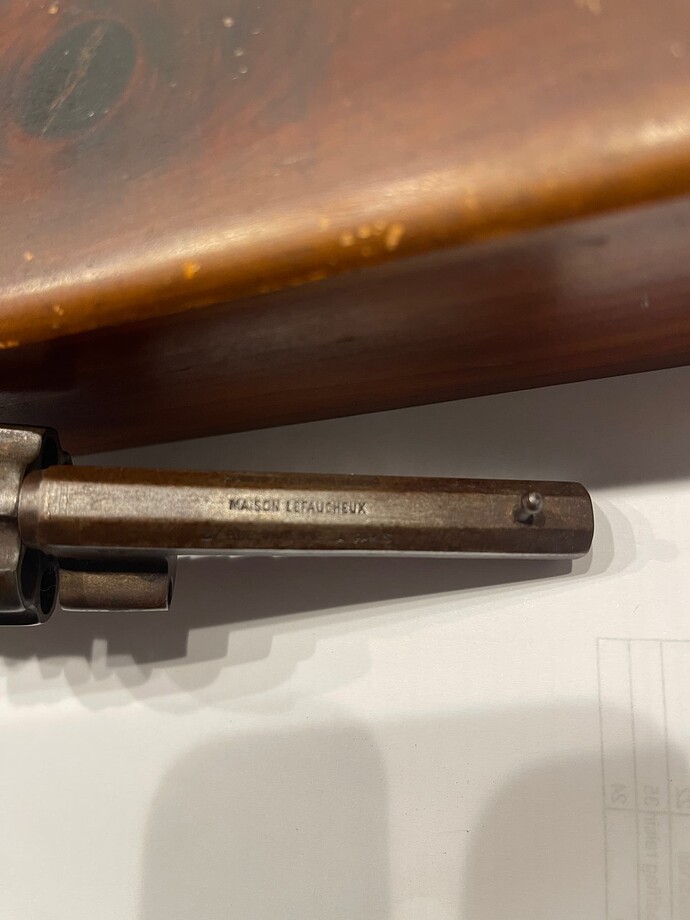 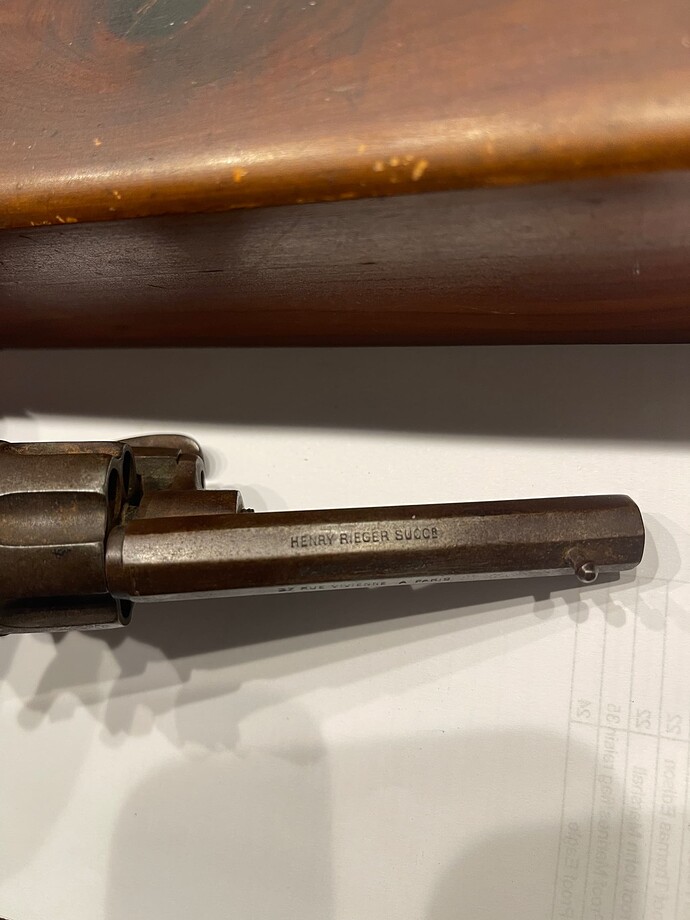 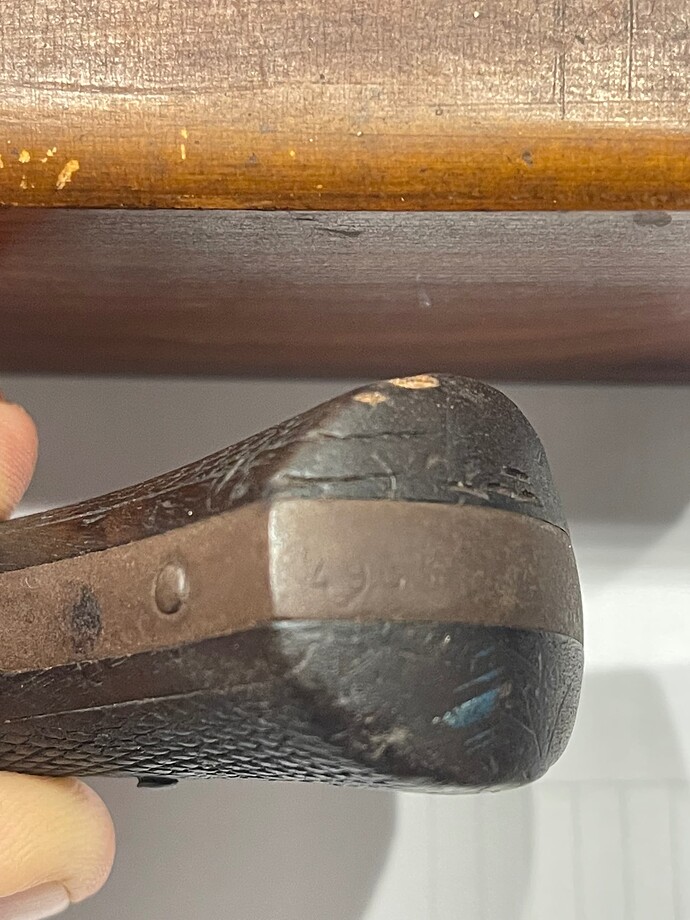 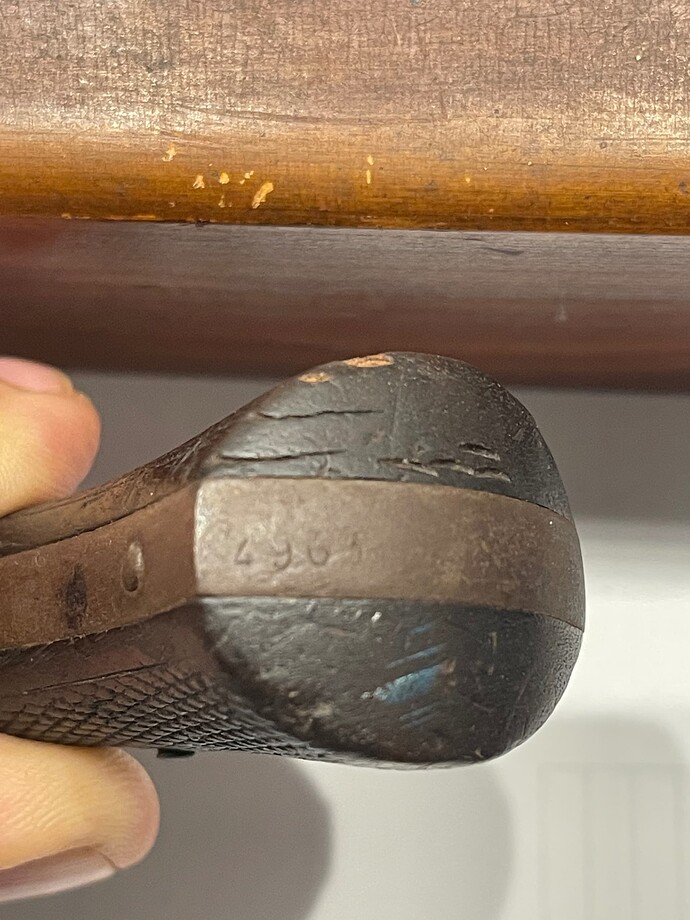 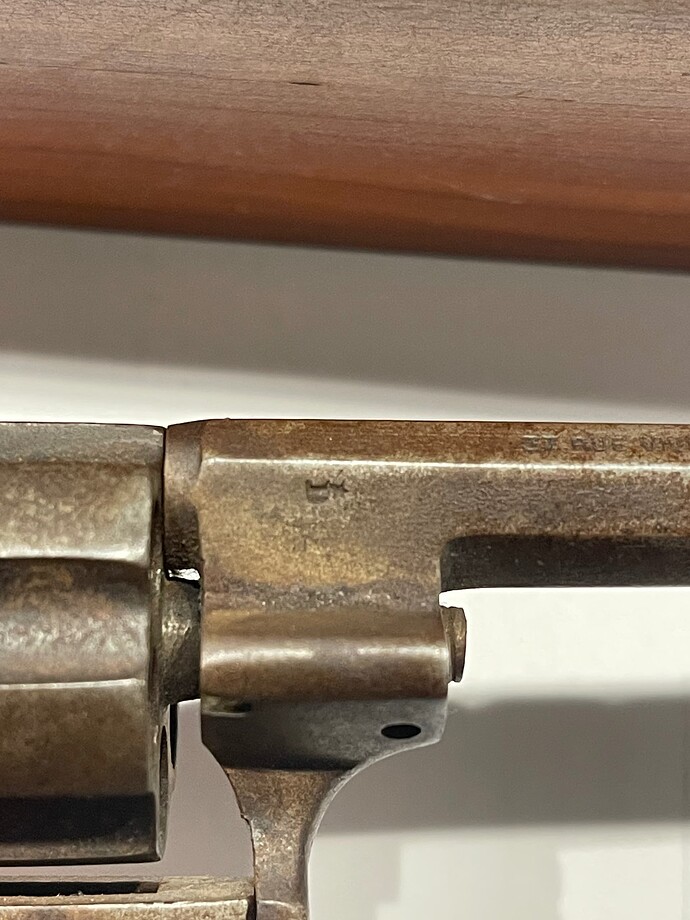