Does anyone has some information about a patent that Georges Sturrock filed in 1860 about à double barreled 14-shot revolver ?

I can get an original printing of the British printed patent for this. My colleague has it. It will likely have more info. But this one has no drawing. It costs me like $150 for each one I typically buy from him. 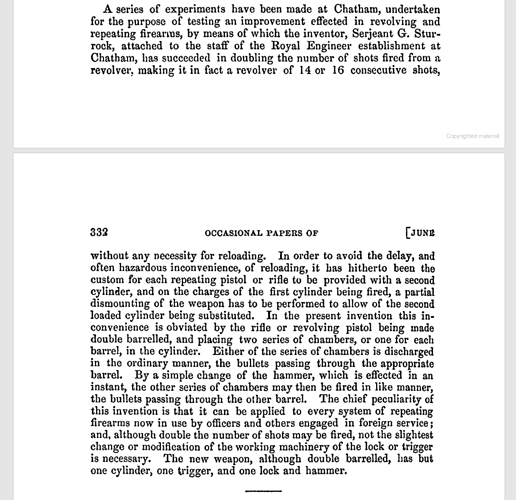