Sweden was a client of Eugène Lefaucheux. They placed several orders for more than 2000 revolvers known as the M1863. In 1879 Sweden, after a rigorous selection, will transform part of its revolvers into central percussion. These transformed revolvers are known as M1863 / 79.
The LF59091 is one of them.
To read and know better his revolvers, then click on the link below. 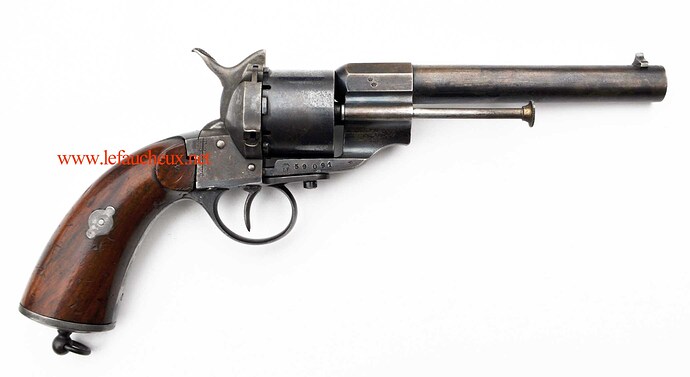