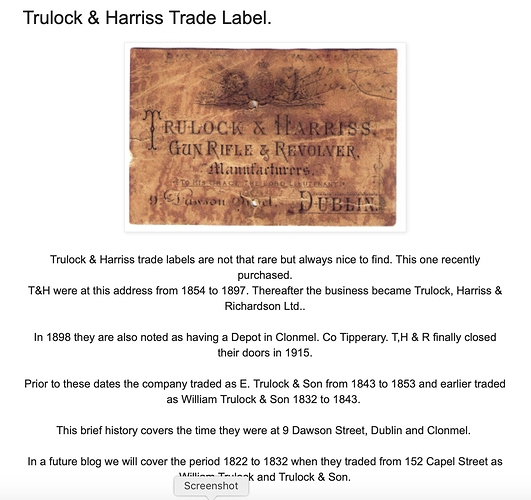 Trulock &amp; Harriss Company History1438×1352 364 KB
The interesting bit is the J.Wilkes stamping on the action flats.
There was a John Wilkes Birmingham till late 1860’s then at 79 Beak St. London.
Did he make the rifle or the barrels for T&H? 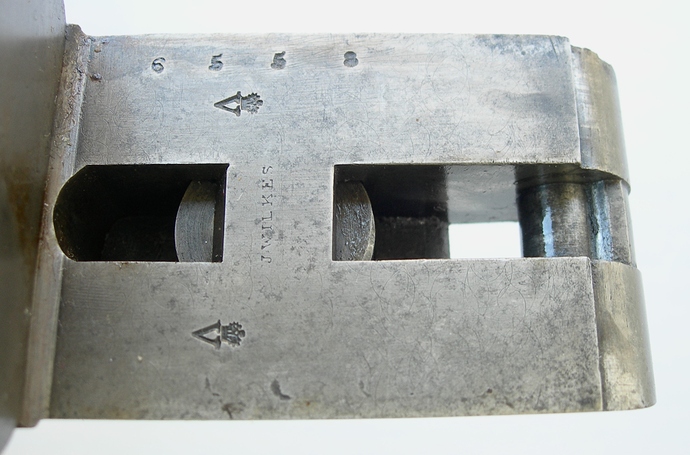 T &amp; H i2548×1681 660 KB
The rifle looks like the stock was refinished and barrels re-blued/browned years ago.
The name on the barrel rib is rather faint but nice barrel colours.
Trulock & Harriss operated from 1854 till 1897 at 9 Dawson St. Dublin from the info shown.

The rifle has 1 fixed sight and 4 fold up sights graduated 50,100,150 & 200 (yards?)
Nice un-pitted rifling with 14 grooves.
The chamber is 51mm (2") long so shorter than a usual shotshell chamber. (See previous comments on rifle chambers for 8ga. Rasch).
I made up a cartridge from an old 12ga pinfire case and projectile to match. I would love to fire this rifle one day but I have never fired any pinfire firearms, I only collect them.

I have handled other 14ga rifles and own a 20ga shotgun that was once a 24 bore double rifle by Dougall on a lock-fast action. The heavy barrels and 24ga proofs show it was re-bored to 20ga. 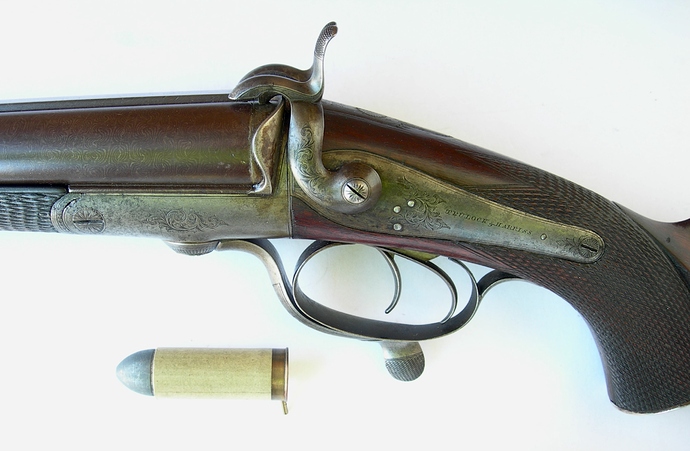 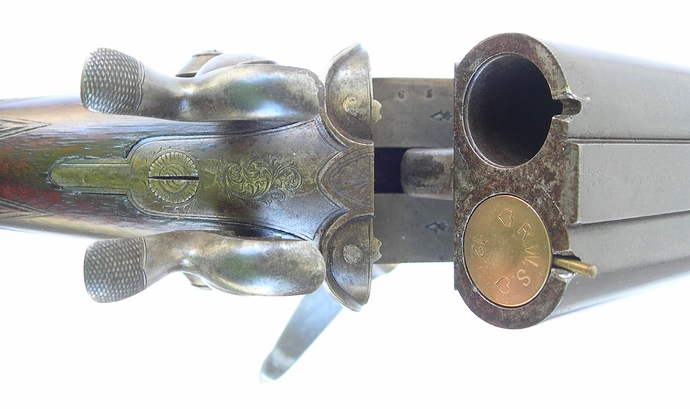 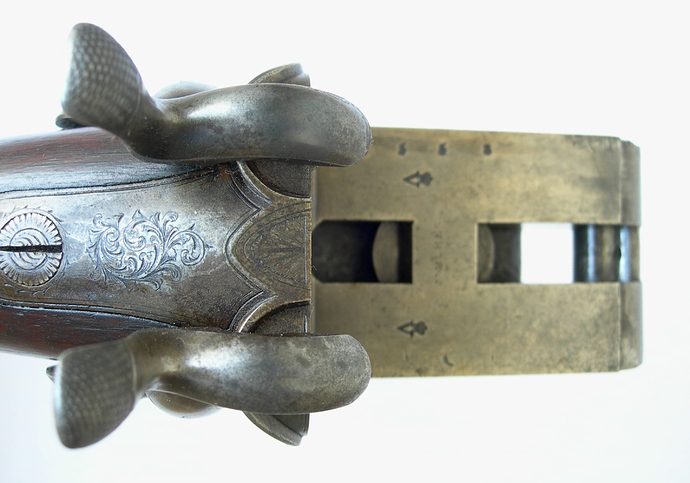 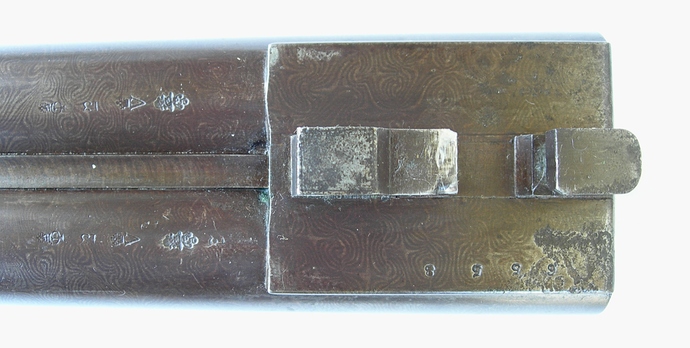 J. Wilkes had a long relationship with Dougall and possibly other Scottish makers. I have seen several guns with the J Wilkes stamp on the action flats or close by. The profile of your rifle looks like the guns of Henry in the grip.

I did not say that the Dougall or the 14ga rifles had J.Wilkes stamped on them.
I appreciate your comment that Wilkes DID put his name on items he made for other gunmakers.

I have a Richard Jeffery of Guildford10 bore pinfire . It has and is marked with the Dougall Lockfast action, and is stamped on the action flats J. Wilkes.

An unusual shotgun,rare in France