Two of the same; but different

Bonjour à tous and hello everyone.

When I bought these revolvers they were in poor condition and needed some repairs. While repairing them I discovered something interesting. The milled slot in the frame to admit the hammer, trigger etc is 7.1mm wide on No. 23341 but the milled stot of No. 28704 is 6.7mm wide. The width of the hammers and triggers are similarly different. For this reason, the parts are not interchangeable from one revolver to the other. I’m not sure if this difference is significant or not but I thought it was interesting, and so here it is for discussion.

I would like to thank Mr. Lefaucheux who has provided some information in a message as to the vintage of these revolvers (1861). I look forward to any additional information as to the destination of these two old soldiers when they were shinny and new. 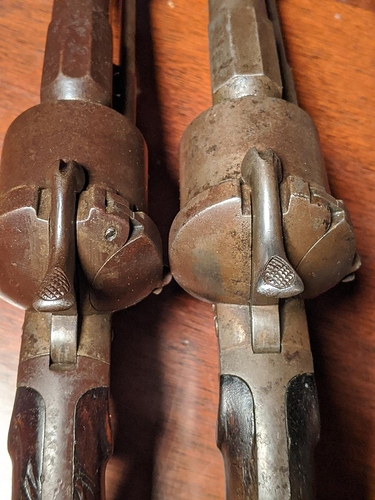 Thank you in advance.
Greg 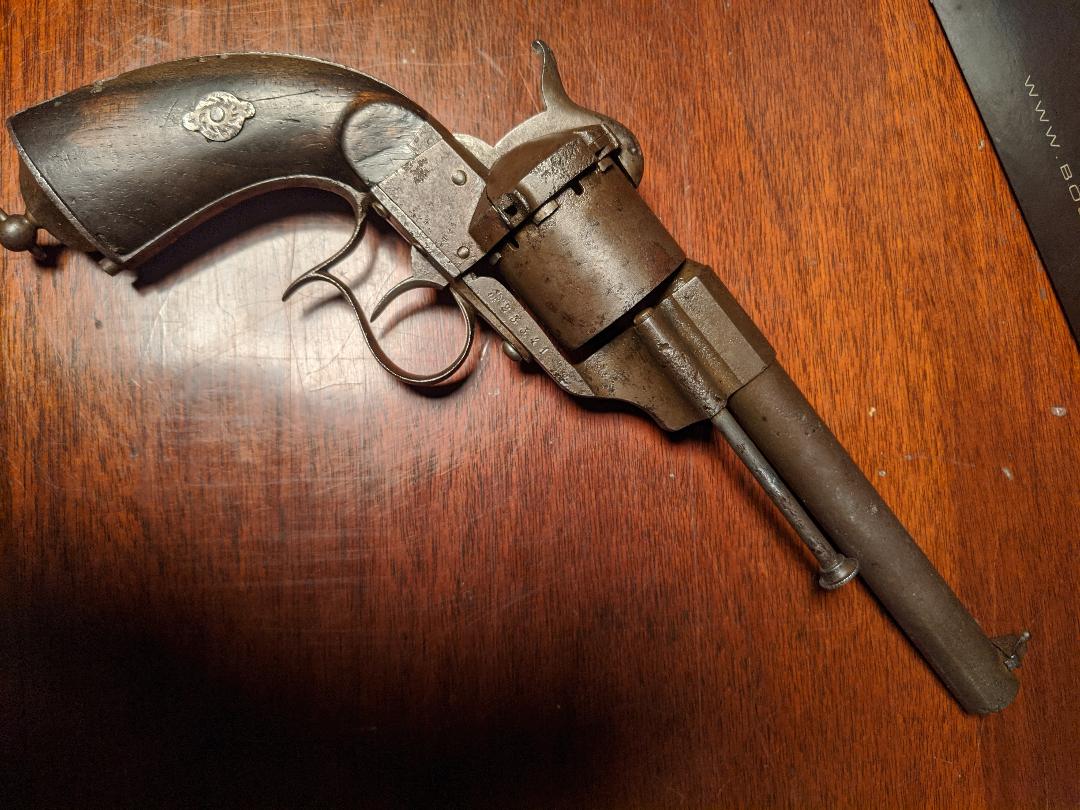 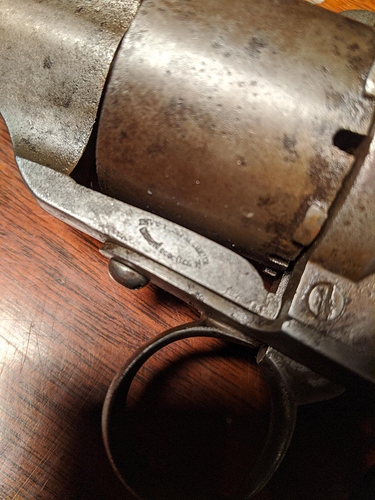 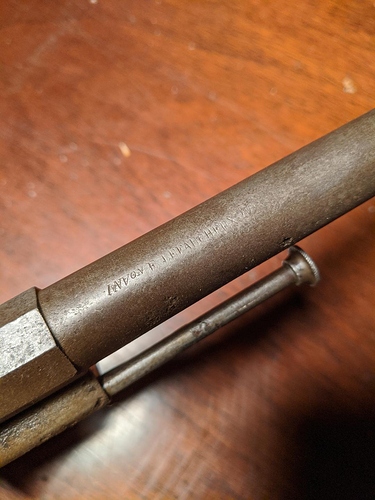 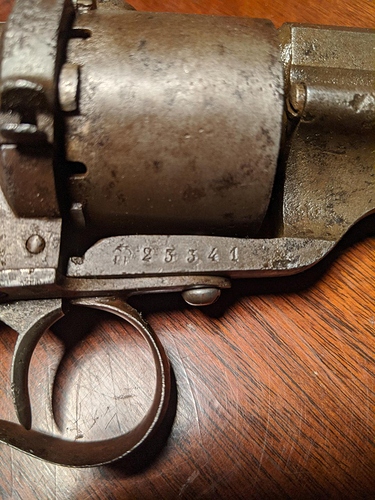 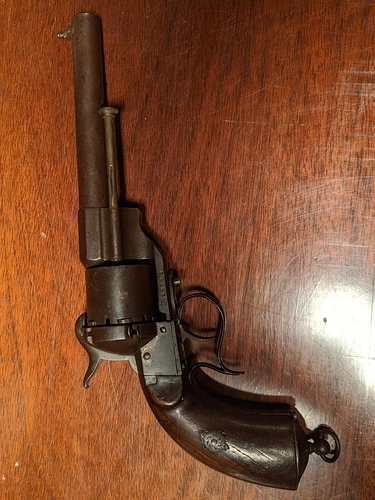 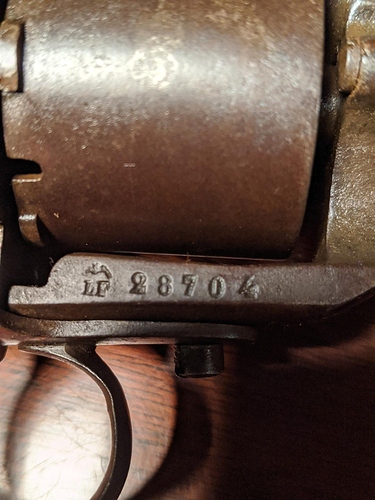 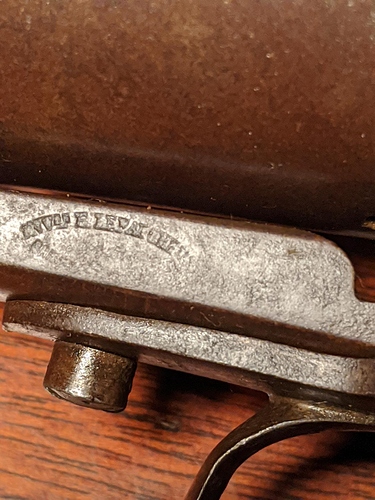 The LF 23341 and LF 28704 are to be placed in point 2 and 3, because the point 1 revolvers are short-barreled with or without rod.
On the other hand, nothing allows to classify these two weapons more precisely in point 2 or point 3 … apart from the appetite of profit on resale.
No markings or stamps currently allow us to distinguish US weapons from others.
So at this stage the LF 23341 and LF 28704 remain in my personal opinion simply classic Civilian M1854 revolvers with a military vocation.

No markings or stamps currently allow us to distinguish US weapons from others.

There are some that have their serial numbers recorded in a couple regimental records. But it’s only like 1% of the total amount ordered.

Yes, you are absolutely right, but what I meant by this is that the production of the different orders is completely mixed. Currently I do not have all the numbers, neither the Sardinians and Italians nor the US, nor those purchased by the officers in a private capacity.
I can only affirm things if I am 100% sure, in any case I am trying to do that, and therefore to say today that this or that revolver has been attributed with certainty (apart from those of a certain list that I had the joy of receiving) to the order US is impossible.
The 126xx M1854 sold to the US are between the LF 202xx and the LF 426xx. The difference between these two numbers is around: 22,600 - 126xx = 10,000 … are you following me?
At the same time there are about 7-8,000 revolvers for Sardinia and Italy … which makes between 2-3,000 revolvers for the other officers.
The 12,600 and the other 2-3,000 are identical in design and markings, so it is impossible to distinguish them without having some compelling evidence, such as an owner’s name, regimental assignment or something like that.
To say that all revolvers between 202xx and 426xx are civilian M1854 revolvers with military vacancies is an irrefutable truth, but to say that they are all US revolvers is not necessarily true.
Do you understand my logic, my prudence and my reasoning?

Many thanks Lefaucheux for your insight and knowledge. The only evidence I would have is that I bought them here in the U.S.

Springfield Research Service has been compiling serial numbers from American government archives for various weapons used by the United States military. I recall seeing some Lefaucheuxs in their data. But I have not had a subscription for many years.

Another user of pinfire revolvers was the Confederacy, their records indicate pinfire ammunition was in storage. But attributions to the Confederates are so full of fakes and frauds that I should not even mention the idea.