This 12mm has no Belgian proof marks, only Birmingham proofs. It’s marked on top " Calderwood & Son 14 North Earl St. Dublin. It would appear Thomas Calderwood used this address from 1847-1897?

Thanks in advance for any info regarding vintage and who might have made the revolver. 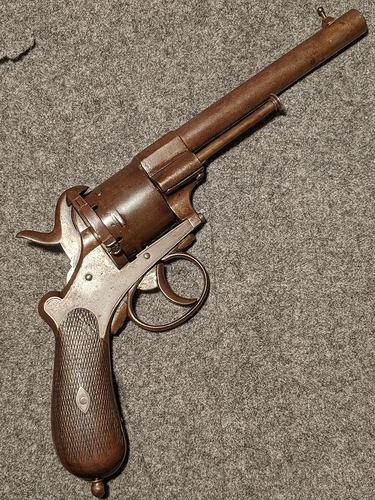 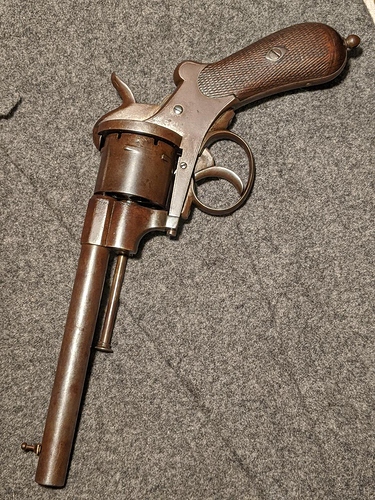 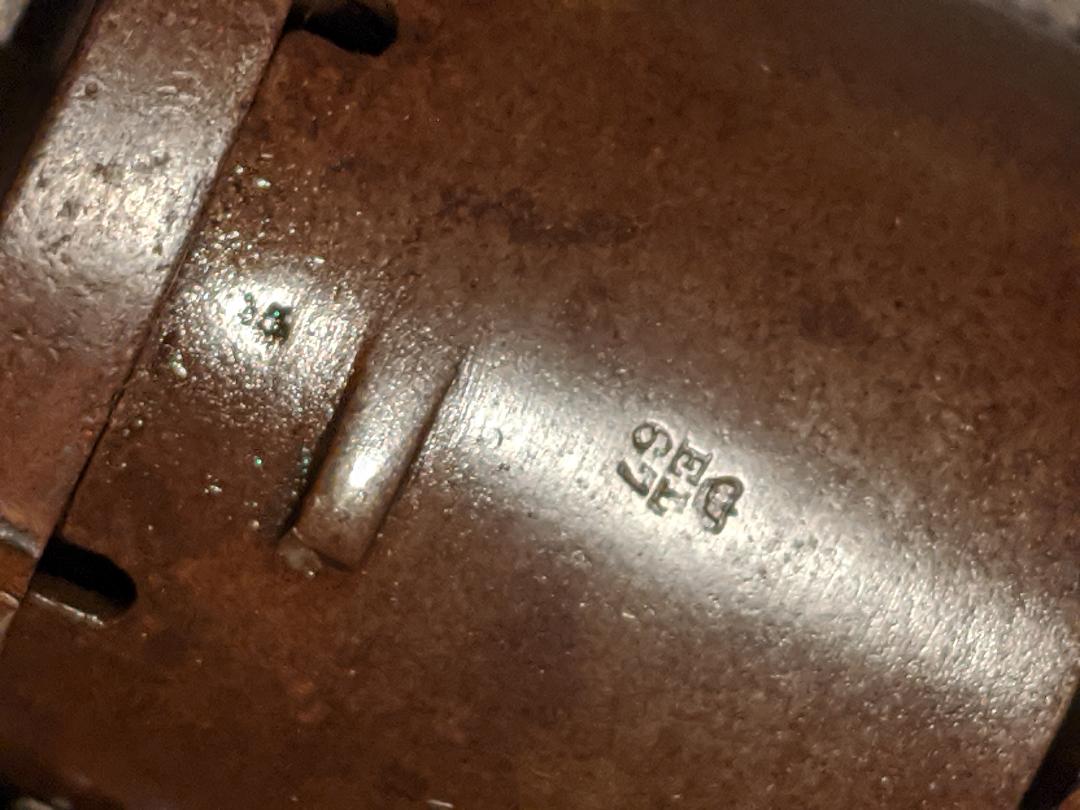 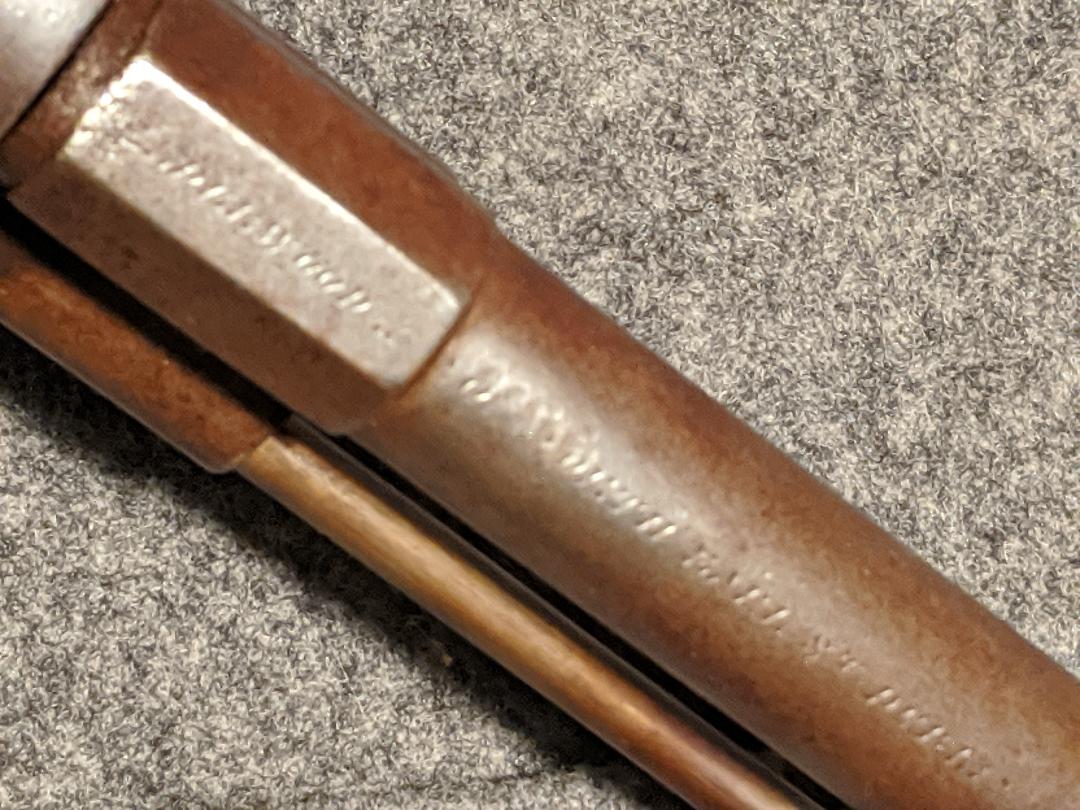 Well I believe that crown over EL mark is Eugene Lefaucheux. I am sure @Lefaucheux can weigh in more.

Je vous remercie / thank you, Lefaucheux.
I know more now than I did before.
From now on I will be looking for that EL marking.
Interesting, that a Belgian made revolver would only have proof marks from Birmingham, England. Was this common?

Did you look everywhere ? On the cylinder fase, under the butt plates ? …

I used to own a 7mm with the same barrel maker and address.
It was in poor condition so I sold it. Wish I looked at the proof marks now.
That info on EL crown and date is good to know.

I’m not sure that date is always the case though? 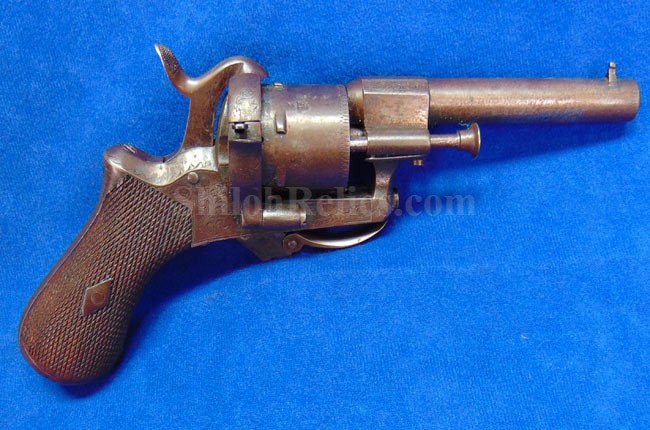 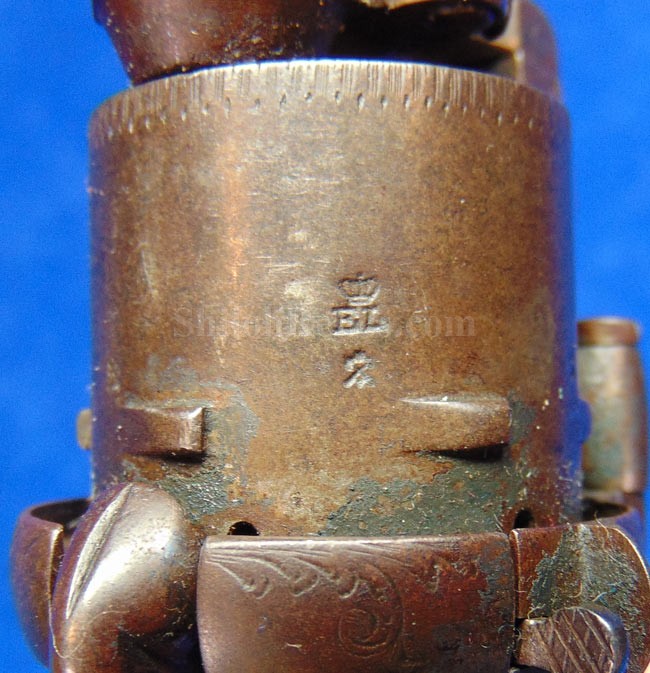 Yes, Lefaucheux. I removed the cylinder, grips and so forth. There was the number 11 under the grips. Otherwise, no ELG in an oval. Only EL 67 and British Birmingham proofs on the barrel and cylinder.

45Auto: In that case this revolver don’t has been approuved be Liège …