Today is the 1-year Anniversary of CasimirLefaucheux.com! In celebration, post a picture of one of your favorite guns or cartridges!

Here are a couple of mine: 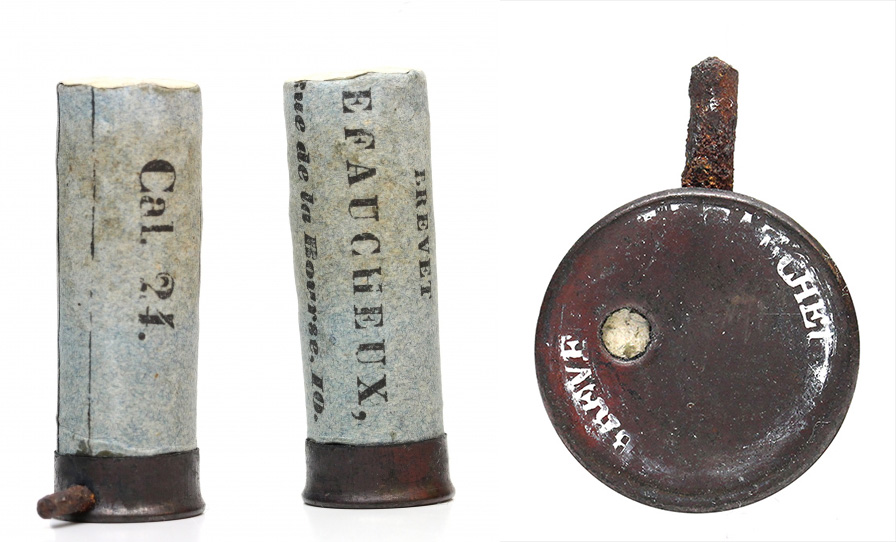 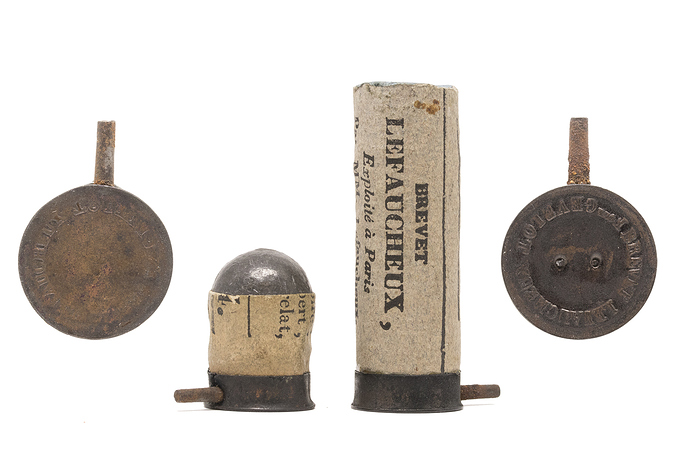 Here is a case for a Casimir Lefaucheux pinfire gun of very small gauge, possibly a 24. Unfortunately I don’t have the gun, but the case is complete with key, cleaning rods, brush heads, two different pull-throughs, and spare cartridge pins for reloading (the case also contained a very old jar of mercury ointment for treating syphillis – how and why that was in there is anyone’s guess). As is typical there is no printed paper or leather label, but the maker’s name, in gold, is pressed on to the inner baize. Again as is common with Continental cases, the lid is padded. Though faded and with letters missing, the lid inscription should read: “Lefaucheux Inventeur 37 Rue Vivienne Paris”. Casimir Lefaucheux moved to this address in 1850, and died in 1852. While his son Eugene continued the business at this address, he changed the case lid addresses to simply “Lefaucheux a Paris”, so the case likely dates somewhere between 1850 and 1852.

Not many pinfires of this era made it across the Atlantic. The original owner’s name, Renaud, is engraved on a silver shield on the outer lid. I’m trying to determine if the case is linked to the Renaud family of Quebec City that was involved in politics and the grain business in the 1850s. While other French gunmakers were making pinfire guns in France by this time, a gun by Casimir himself would have been expensive and very sought-after. 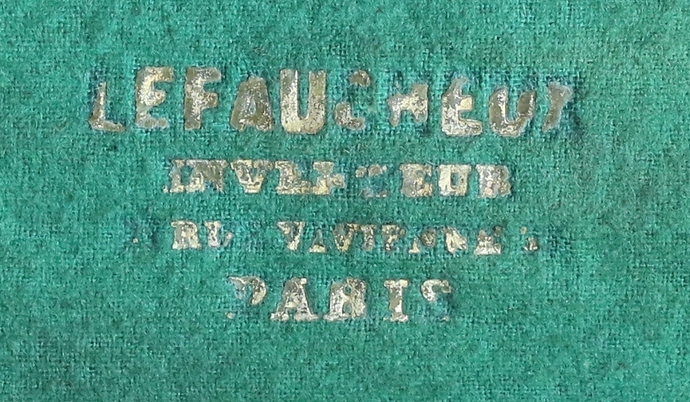 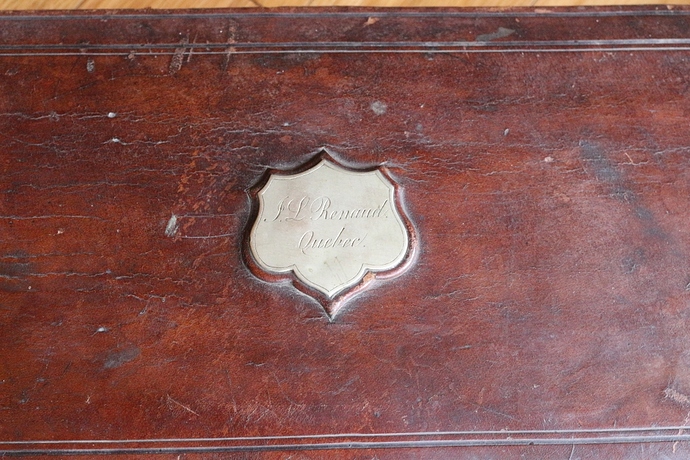 Good to see you posting here! I think some people would love to see some of your British guns some day!

Could a see a closer up picture of some of those pins?

I have a similar Lefaucheux case:

I picked up this one a couple years ago. This is a 16 gauge Lefaucheux pinfire shotgun. Like many early French guns, the barrel was made in Belgium. This particular barrel was made by Fassin & Ronge sometime after June of 1853 as that is when the EL export proof was first used. Casimir Lefaucheux’s died on August 9, 1852 so the gun was made by either his widow or the shop’s successor, Casimir’s son-in-law, Laffiteau. It was made before 1865 when Laffiteau registered his own marks. [shotgun] …

Aaron, I agree with this
Guillaume

I am not sure when one calls an action a Lefaucheux and when it is called another name. I have several guns [long guns] that “look” like the Lefaucheux action, but have some differences in design. This Murat is one of them. Although somewhat naïve and uncommon French engraving, I enjoy the story that is told. the gun also has small thimbles for a tiny diameter rod under the barrel. The diameter is not large enough to be a cleaning tool. I wonder what the rod was for. 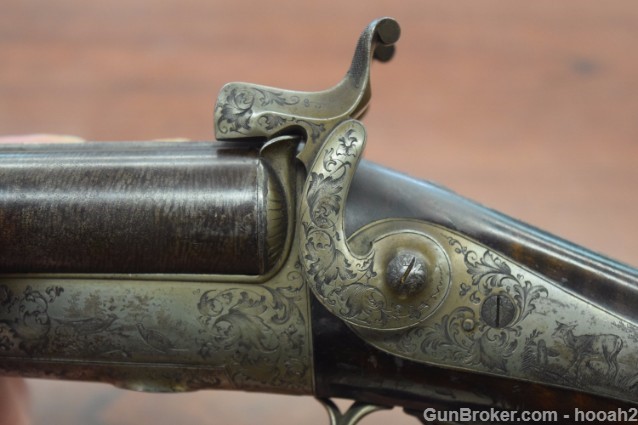 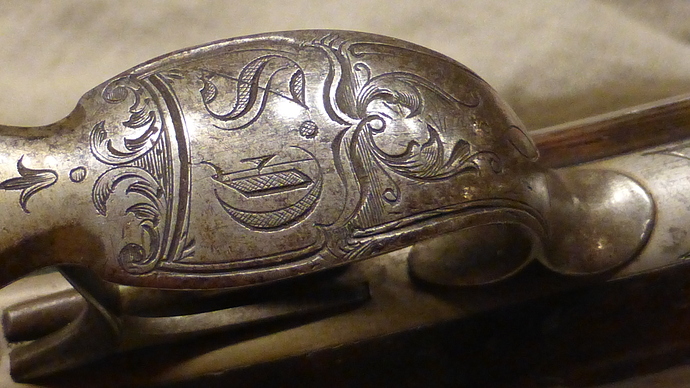 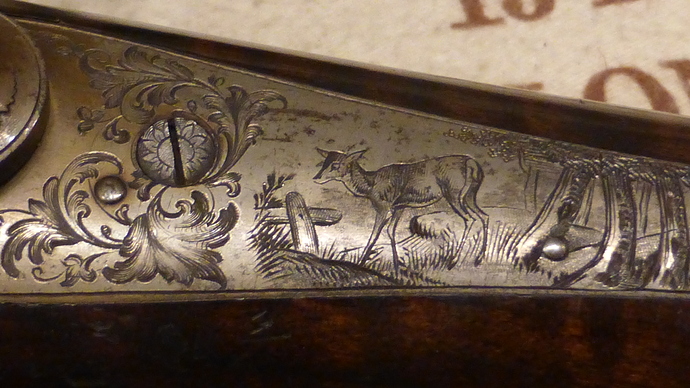 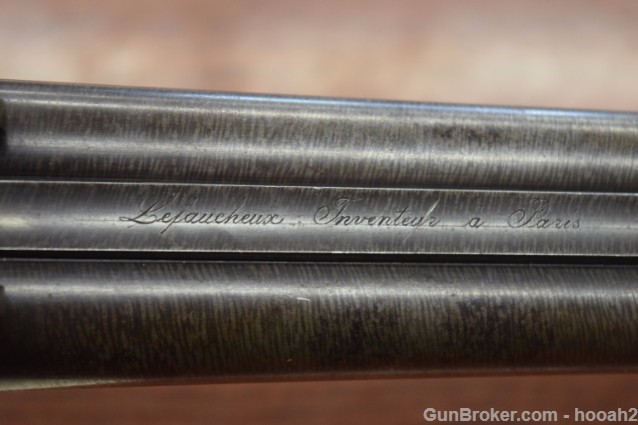 The markings and stamps under the barrels are important in order to date or attribute the shotgun.

Casimir Lefaucheux moved to this address in 1850, and died in 1852. While his son Eugene continued the business at this address, he changed the case lid addresses to simply “Lefaucheux a Paris”, so the case likely dates somewhere between 1850 and 1852.

Not exactly, Laffiteau (successor of C.Lefaucheux) used also “Lefaucheux iventeur rue vivienne à Paris”. This case was made after 1850. Not sure before 1852. Nice and quality case!

Here are the markings for the Murat. 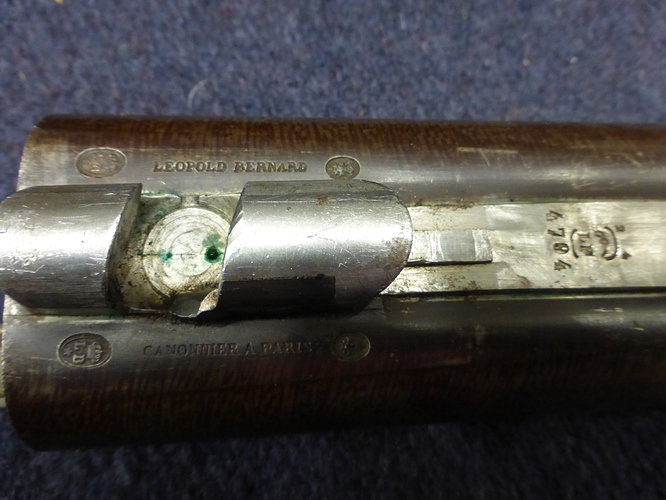 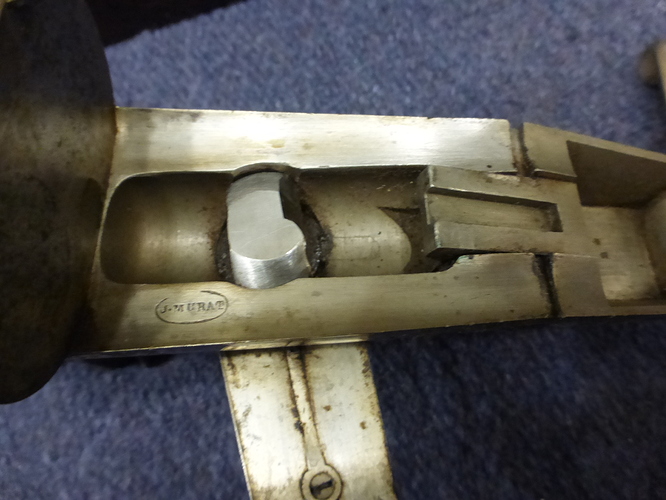 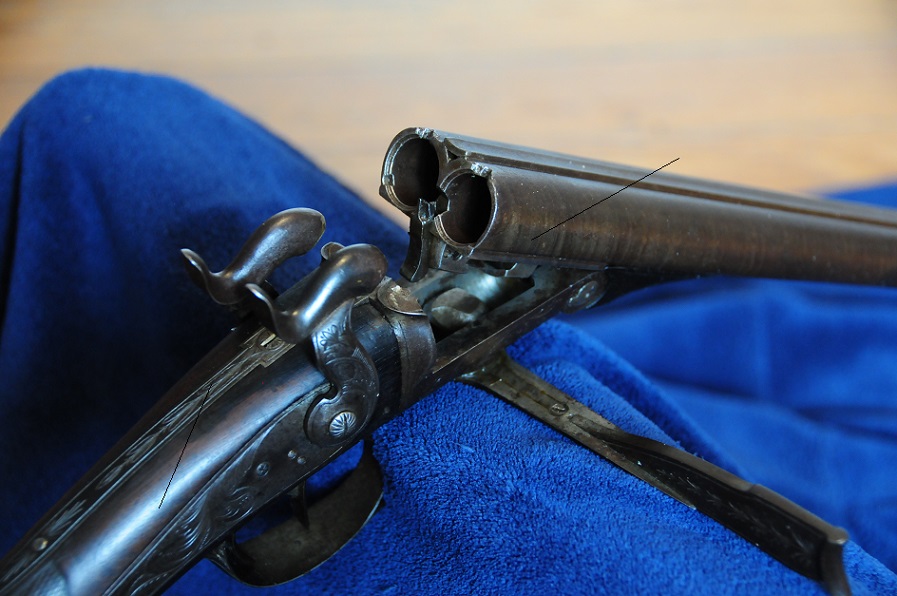 thanks or the number.
If there is a logical sequence in the numbering, LF 4794 is located after 1857 but before 1865.
If this is right you’re shotgun is not made by Casimir but by his son in law Laffiteau.

Maybe a date under the barrel?

Here’s the marks in front of the barrel “flats”. Looks like possibly the Bernard number and year 1863. 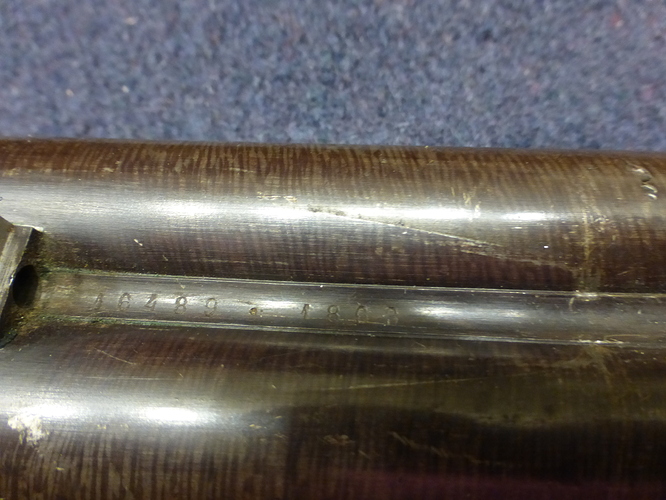 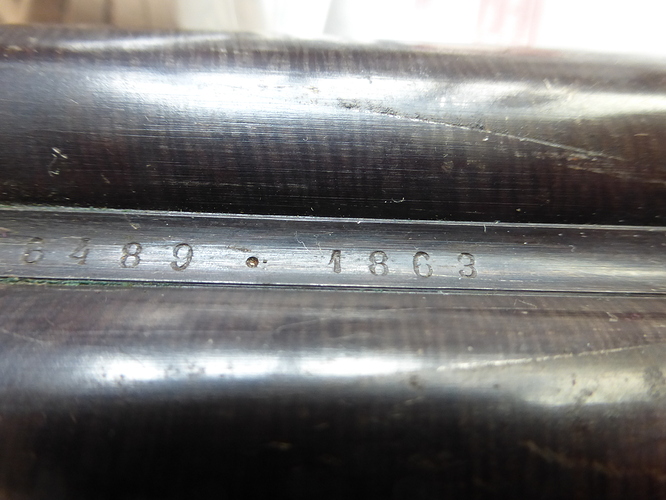 Thank you for the clarification, much appreciated!

Here are the pins. They appear to have been used at least once. 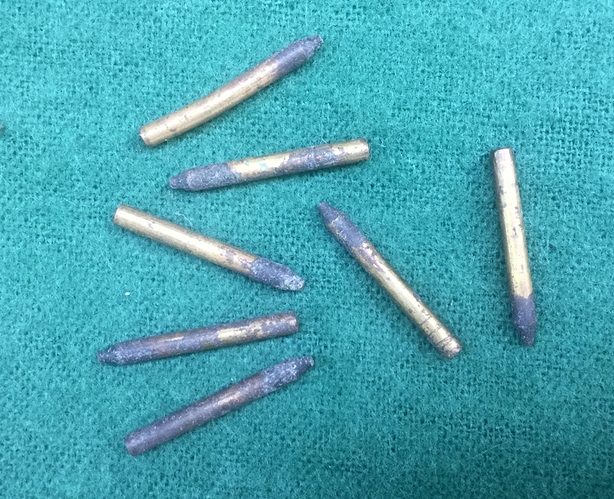